If someone has a cat, I believe they like cats.

If someone has five cats, I believe they love cats. 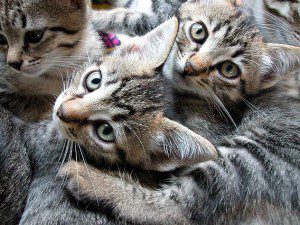 But if someone has 19 cats, I’m no longer convinced they love cats. I’m suspicious, rather, that they’re some kind of hoarder.

Someone who needs 19 cats and counting, rather than settling for just the five cats of the cat-lover, is someone who apparently could not find satisfaction with those first five cats and acquired the next five in a desperate, but apparently unsuccessful, attempt to fill some aching need.

And then, finding even 10 cats still insufficient to satisfy this need to derive whatever it is they’re attempting to take from these cats, they were then compelled to acquire five more, and then to acquire four more after that.

Perhaps such a person somehow needs cats. Perhaps they desire to control cats or to possess cats. But it does not seem likely that they love cats.

And that’s pretty much my take on the “Quiverfull” movement.

November 12, 2013
No, the book of Jonah cannot be read as history
Next Post