1. Evan Hurst says that Ash Beckham is “delightful.” Very true. There are two videos at that link, totaling only about 15 minutes. That’s a quarter of an hour well-spent.

2. “Even if she got out of politics, my mom is still a Republican, and loves her Fox News, and I’m a good daughter who doesn’t bitch her out about it, too often. We do like to sit on that couch, and have a CC and water. And I never would have thought it would be Phyllis Schlafly who gave us so much to talk about over our drinks.” 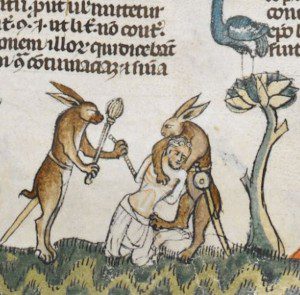 That’s Lisa Wines in a long, funny and fascinating piece about “The Time Phyllis Schlafly Incited a Riot.”

3. Home-Owners Associations all claim that their strict — and often bizarre, arbitrary and stupid — rules exist to preserve property values. I think they do the opposite. The more people know about HOAs, their multitude of rules, their nebulous accountability and their weird status as undemocratic quasi-governmental structures, the less likely people are to want to own properties subject to their reign. I would never want to live in a neighborhood subject to an HOA, and would happily pay a premium to avoid them. I think many people feel the same way — enough that HOAs likely reduce and diminish property values.

4. This post from Ellen Painter Dollar also relates, I think, to the whole recent business about the exclusion of women at Christian conferences: “How to Promote Yourself (& Others) Without Driving People Crazy.”

5. Mike Warnke may have been a lying swindler who bilked people out of their money by spinning fantasies of his non-existent past as a “Satanic high priest,” but give him credit for this much: He was a gifted story-teller. Warnke had charm, wit, an eye for detail. His put some craft into his con. I worry about the next generation of Satanic Panic swindlers. There’s just no artistry.

Warnke made his fortune by parodying anti-abortion white evangelicals’ fear of Satanic baby-killers. He took what they wanted to believe, embellished it, and fed it back to them. Joseph Sciambra is shrewdly trying to do the same thing by parodying anti-gay white evangelicals’ fears of Satanic Gayness. But while Sciambra seems to understand the con- part of being a con-artist, he doesn’t seem willing to work at the artist part.

Joseph Sciambra is no Mike Warnke. Heck, he’s not even Bob Larson.

Many people think those of us who need food assistance are nothing but deadbeats and leeches; if we would just put down the bon-bons, get off the couch and get a job, life would be splendid. Ah, there’s a nice fantasy. The truth is that most of us are not deadbeats and leeches. We have jobs. We have families who need to eat. We have children who are wondering when dinner will be ready.

7. Barry Taylor shared this video of Eska performing “Gatekeeper.” Whistles, whoops and a musical saw provide a vibe that’s not quite like anything I’ve heard before. I like it. And, of course, she had me at “gatekeeper.”

November 15, 2013 NRA: Israeli checkpoints
Recent Comments
0 | Leave a Comment
Browse Our Archives
get the latest from
slacktivist
Sign up for our newsletter
POPULAR AT PATHEOS Progressive Christian
1