1. Samantha Field is reading through Fascinating Womanhood by Helen Andelin, so we don’t have to. Here’s a recent passage from Andelin:

What happens when the average red-blooded man comes in contact with an obviously able, intellectual, and competent woman, manifestly independent of any help a man can give, and capable of meeting him or defeating him on his own ground? He simply doesn’t feel like a man any longer. In the presence of such strength and ability in a mere woman he feels like a futile, ineffectual imitation of a man. It is one of the most uncomfortable and humiliating sensations a man can experience, so that the woman who arouses it becomes repugnant to him.

And after quoting that, Field writes, “I wish I could say it doesn’t get any worse.” And then it does. 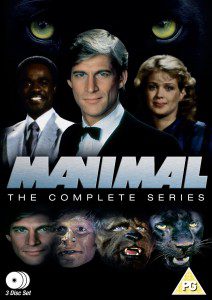 2. “Since his sophomore year in high school, Mertens has channeled much of his Christian faith into his work with Young Life, a national organization that gives Christian adults the platform to preach the word of God to youth. … By simply coming out publicly to help other LGBT youth – with the highest youth suicide rate in the nation – he was instantly banned from the very organization that helped him get to this point.”

4. “If soldiers had killed Escoffier’s family in front of him and then forced him to make dinner, this is what he would have cooked.”

5. Sr. Lucia Caram: “We are called to bless any kind of love. He who doesn’t bless, curses. And that’s a sin.”

6. Ben Moberg reminds us of something else about “IHOP” — the International House of Prayer: They are incapable of loving LGBT people.

IHOP is run by a man named Mike Bickle. Mike Bickle thinks Oprah is the harbinger of the AntiChrist and he also really, really doesn’t like gay people. In an interview once, he noted our departure into the “demonic realm” where the demons like to touch us. He said gay marriage is a missile rocketing straight from the pit of hell.