Learn how to use my hands, not just my head

One of the main Muzak loops they play at the store (overnight, all night, the music never stops at the Big Box) includes a couple of Indigo Girls songs. “Watershed” is lovely, and so is “Power of Two.” No complaint about either of those, and after hearing them both a couple of times a night for a couple of weeks, I’ve even got the harmony parts down pretty well.

But the Big Box is a hardware store. It’s kind of bewildering that a hardware store would play two Indigo Girls songs every four hours without either of them being this one:

It’s even weirder because every 10 minutes or so, the PA interrupts whatever song is playing for one of the store’s in-house ads. “Let’s get out there and get building,” the ad says, touting a sale on hammers and nails before cutting back to “Power of Two.” 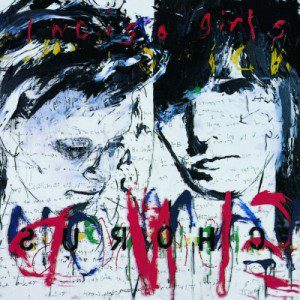 (I recently learned that there’s a name for the annoying presumed intimacy of that “let’s” construction. It’s apparently called “forced teaming.” I’ve always just thought of such presumptuous first-person-plural rhetoric in terms of the old Lone Ranger and Tonto joke — “What do you mean ‘we,’ kemosabe?”)

The Muzak channel that plays the Indigos is full of mellow, acoustic folkie pop. A little Norah Jones, some Sarah MacLachlan, Jonatha Brooke, Shawn Colvin and the like. All quite lovely in the right setting, but not exactly the kind of thing to keep one awake and energized at four in the morning.

The ’70s music channel that sometimes plays instead is better for that. Say what you will about disco, but those beats-per-minute do keep your heart-rate up. Plus it can be a fun reminder of some of the great music I don’t always think of as “1970s” stuff — old Bowie or Springsteen or Dolly Parton. But then it also includes some songs that are even more 1970s than I might have thought possible — like “Float On” from The Floaters, a song so utterly whatever it is that I’m a little bit in awe of it.

The other weird Muzak channel is a decent mix of ’80s and ’90s pop. Some oddly wonderful choices in that playlist, but the strangest thing to me is the Simple Minds. There are five Simple Minds songs in that tape loop — five!

These are songs I don’t ever remember hearing on the radio. I think the only reason I know them is because I forgot to send in that Columbia House Record Club card once in college and wound up owing them like $28 for the Live in the City of Light double album.

So in case anyone was wondering what Jim Kerr was up to these days, now you know. He’s working for Muzak, programming the overnight playlists of Big Box hardware chain stores. (Not actually true — according to Wikipedia the former Simple Minds frontman is actually running a hotel in Sicily. No, really.)

Anyway, if you’re awaiting the point to this post, there is none. But there’s a No Prize for anybody in comments who can guess all five Simple Minds songs.

October 20, 2014
Phlebotinum, young-Earth creationism and the willing suspension of disbelief
Next Post