When autumn leaves start to fall

So yesterday was Tuesday — which around here is supposed to be the day when I post the next installment of our ongoing journey through the pages of Nicolae: The Rise of Antichrist. 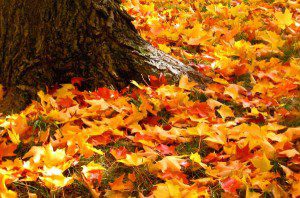 As it turns out, yesterday was also sunny and 77 degrees. When you live in the woods, late-October days like that tend to mean you drop everything and pick up a rake, which is what I wound up doing most of yesterday until it was too dark to see. Managed to put a pretty big dent in the annual chore, too, although of course most of the leaves haven’t even fallen yet, and by the next warm, dry day in early November (if we get one) you won’t be able to tell by looking that I did anything yesterday at all.

Anyway, after all that yard work, I was too tired this week to focus on a bad book, so I turned instead to a pretty good one and wound up posting my review of Dave Gushee’s Changing Our Minds instead.

I held out some hope of getting to Nicolae today, but ended up spending the day on the long rant in the previous post. (That’s the thing about rants — when you’ve got one brewing, it’s hard to write anything else until you get it out.)

Left Behind blogging will resume next Tuesday. The leaves can wait for now.

October 29, 2014
Here's that 'Anything Goes' rant about evangelical sexual ethics
Next Post

October 30, 2014 Indiana Jones, the Antichrist, and Hell
Recent Comments
0 | Leave a Comment
Browse Our Archives
get the latest from
slacktivist
Sign up for our newsletter
POPULAR AT PATHEOS Progressive Christian
1