Left Behind Classic Fridays, No. 17: ‘This ain’t science fiction’

“Communications and computer technology were rather different eight years ago from the way they are now,” I wrote in 2003, “And, one might imagine, eight years from now these technologies will be even more different.” That proved to be correct then, and it’s still true now. Here’s another bold prediction I’ll make about eight years from today: When you check back in to read this post in 2023, the Rapture still won’t have happened, but the people now saying it will occur at any moment will still be making money saying that.

The in-flight phone embedded in the back of the seat in front of Buck Williams was not assembled with external modular connections the way most phones were. Buck imagined that Pan Con Airlines would soon be replacing these relics to avoid complaints from computer users. But Buck guessed that inside the phone the connection was standard and that if he could somehow get in there without damaging the phone, he could connect his computer’s modem directly to the line. His own cellular phone was not cooperating at this altitude.

Here we are reminded again that Left Behind was written in 1995. Communications and computer technology were rather different eight years ago from the way they are now. And, one might imagine, eight years from now these technologies will be even more different.

One might imagine — but Tim LaHaye and Jerry Jenkins don’t. Aside from Dr. Rosenzweig’s miracle formula, the technological world of L.B. seems to have hit a plateau in 1994. This story may have been written in 1995, but it is not set then. It is set, instead, in that favorite time period of science fiction writers: “the not-too distant future.”

Don’t let that quasi-futuristic setting fool you: L.B. is not a work of science fiction.

I’m not really qualified to offer a definition of “science fiction” but, broadly speaking, sci-fi writers closely observe the world we live in now and extrapolate a future based on possible developments and trajectories from this world. They may also choose to write about alternative worlds — ones where some of the basic premises of our world are altered, thus producing divergent conclusions.

In either case, though, the real subject of their writing is still this world, in the present. Their stories may be set on distant planets, and their protagonists may be aliens or androids, but these exotic scenarios are still meant to explore what it means to be human, here and now. 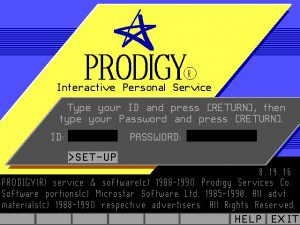 Left Behind is not science fiction, but rather religious, apocalyptic fiction. As such, it’s interested in an entirely different set of questions.

Apocalyptic fiction as a literary genre is also very different from just plain old apocalypses. That ancient, highly symbolic genre would often discuss the future, but always — like science fiction — in the context of trying to make sense out of the present. Apocalyptic fiction does not attempt to illuminate or make sense of the present. It is wholly uninterested in the world we live in now. (“This world is not my home, I’m just passin’ through.”)

This may help to explain why the world of Left Behind seems less realistic than even the most fantastical alien creations of the best science fiction writers.

It may also help to explain why, despite the book’s supposedly futuristic setting, a jet-setting reporter like Buck Williams is still using a dial-up Prodigy account to send e-mail.

January 22, 2015
You buy prestige and spread decline
Next Post