You buy prestige and spread decline

• Credit where credit is due: Robert George has never previously impressed me. But this is impressive. 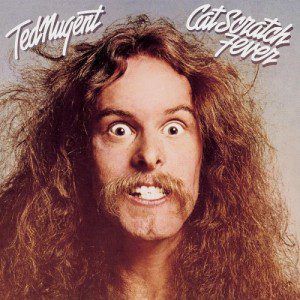 Speaking to The Christian Post, former Arkansas Gov. Mike Huckabee dismissed criticism for his harmonizing with the racist gun-nut rocker on the song “Cat Scratch Fever,” claiming that “Ted changed the lyrics pretty dramatically when he sang it” on stage with Huckabee. Since every line of the song is about Nugent’s purportedly numerous, frequent, non-stop sexual exploits, it’s difficult to imagine what a “clean” or “family friendly” version could ever sound like.

You can elevate yourself as the arbiter of godly, wholesome family values or you can jam with Ted Nugent on “Cat Scratch Fever,” but you cannot do both. And none of Mike Huckabee’s lies can change that.

• “Why Are So Many Christians Worshipping the American Sniper?” Ben Corey asks. That’s easy. It’s because Chris Kyle beat the snot out of Jesse Ventura and gave him a black eye — just like Jesus would’ve done.

What’s that? You say Jesus wouldn’t have gotten into a fistfight with Jesse Ventura? Well, that’s OK — neither did Kyle. That was just one of the many implausible stories he liked to tell — one that cost him and his heirs $1.8 million (so far) when a court ruled that Kyle was lying with “actual malice” and “reckless disregard” for the truth.

Kyle seems to have had a penchant for self-aggrandizing stories that made others look bad in order to make himself look and feel more righteous. Ahh, OK. I think we just answered Ben Corey’s question.

• “That a US political party is siding with a foreign country over their own president is extremely unusual and a major break with the way that foreign relations usually work.”

Unprecedented actions based on a complete rejection of former practice and policy aren’t usually described as “conservative.”

• The “Brief History of ‘Satanic Panic’ in the 1980s” by Cheryl Eddy at io9 provides a useful overview, but it suffers a bit from the mistaken assumption that the Satanic Panic ended, rather than just mutating into different forms.

• Feministing profiles Alynda Lee Segarra of Hurray for the Riff Raff. Here’s her take on a murder ballad:

January 23, 2015 Left Behind Classic Fridays, No. 17: 'This ain't science fiction'
Recent Comments
0 | Leave a Comment
Browse Our Archives
get the latest from
slacktivist
Sign up for our newsletter
POPULAR AT PATHEOS Progressive Christian
1