Left Behind Classic Fridays, No. 21: ‘The evil of banality’

The recent Left Behind movie reboot starring Nicolas Cage focused on the dramatic emergency landing of pilot Rayford Steele’s jumbo jet amidst the post-Rapture chaos. That was the main action and the entire second half of the movie.

But that scene doesn’t appear in the book. Sure, Rayford must have landed the plane at some point, but in the novel, we never see it happen. One chapter ends with Rayford fearfully approaching the landing and the following chapter begins with the plane safely on the ground. I would describe that as anticlimactic, except the build-up was also so poorly done that I’m not sure it qualifies.

Anyway, here’s the lead-up to that non-scene as we first encountered it 11 years ago.

As our heroes prepare to touch down in the shattered, post-“Rapture” world, they survey the damage, the consequences — so much loss, death, disaster and calamity — and they realize what this means: a logistical nightmare.

That’s the theme of these pages, and a major theme of the next chunk of Left Behind. Tim LaHaye and Jerry Jenkins present glimpses of mass carnage, but almost always from the perspective of how this makes it inconvenient for our heroes to travel from point A to point B. L&J are like a commuter who sees on the morning news that a school bus has exploded on the expressway, killing all 37 children on board, and whose only reaction is, “That’s gonna slow down my commute.”

As [pilot Rayford Steele] settled into a holding pattern miles from O’Hare, the full impact of the tragedy began to come into view. …

Steele’s view. Not the readers’ view. L&J don’t show us much.

… Flights from all over the country were being rerouted to Chicago. Rayford needed to stay in priority position after flying across the eastern seabord and then over the Atlantic before turning back. It was not Rayford’s practice to communicate with ground control until after he landed, but now the air-traffic control tower was recommending it. He was informed that visibility was excellent, despite intermittent smoke from wreckages on the ground, but that landing would be risky and precarious because the two open runways were crowded with jets. They lined either side, all the way down the runway. Every gate was full, and none were backing out. Every mode of human transport was in use, busing passengers from the ends of the runways back to the terminal. …

Note the smoke from wreckages — plural — on the ground. Nothing to see here. Move along.

But, Rayford was told, he would likely find that his people — at least most of them — would have to walk all the way. All remaining personnel had been called in to serve, but they were busy directing planes to safe areas. The few buses and vans were reserved for the handicapped, elderly and flight crews. Rayford passed the word along that his crew would be walking.

L&J present the airport as being as narrowly, logistically focused as our heroes. Wrecked planes litter the ground. “All remaining personnel” are called in. Not to search for survivors in the wreckage. Not to douse the flames of the burning, twisted metal and corpses littering the runways. But to “direct planes” and to drive buses and vans so that surviving passengers will not be overly inconvenienced.

L&J want to provide a sense of drama and suspense. Seeing no potential for drama in those “wreckages on the ground” they instead turn to the dramatic and suspenseful situation of Buck Williams, who is working on his laptop computer as the plane approaches Chicago:

By the time the plane began its descent into Chicago, Buck had been able to squeeze onto only one briefly freed-up line to his computer service, which prompted him to download his waiting mail. This came just as Hattie announced that all electronic devices must be turned off. …

Omigod! What’s going to happen?!? Will our hero be able to “download his waiting mail” in time? What if he’s forced to stop before he’s finished? It could be hours before he’s able to read about the latest features available in the next AOL upgrade …

With an acumen he didn’t realize he possessed, Buck speed-tapped the keys that retrieved and filed all his messages, downloaded them, and backed him out of the linkup in seconds. Just when his machine might have interfered with flight communications, he was off-line …

Whew! That was close! Fortunately, our hero is a master typist.

Hattie Durham comes by, unaware of Buck’s narrow brush with e-mail catastrophe. She’s weeping, and with the trained eye of an expert reporter, Buck intuits something is wrong:

He stared at her. What was she driving at?

“Sir, we lost every child and baby on this plane.”

“How many were there?”

“More than a dozen. But all of them! Not one was left.”

L&J here are making a case for some notion of an “age of accountability,” which they (and we) will get into in more detail later, but what’s interesting here is that Hattie seems to be a much better reporter than Buck.

“You know …” she tells him, but he doesn’t know. He has been too busy with important journalist stuff, like checking his e-mail, to bother with any basic examination of who was and wasn’t missing. It’s up to Hattie to figure out what is perhaps the most devastating aspect of this story — all of the children have disappeared, all of them. But even after she tells him, it doesn’t seem to sink in. Nowhere — here or anywhere in the book, really — does Buck Williams, GIRAT, consider that perhaps the spontaneous vanishing of every parent’s child across the globe might be, you know, a story angle.

What is Buck thinking about instead? What else? Logistics. Travel arrangements.

Having just cut through the cloud bank …

… the plane allowed passengers a view of the Chicago area. Smoke. Fire. Cars off the road and smashed into each other and guardrails. Planes in pieces on the ground. Emergency vehicles, lights flashing, picking their way around the debris.

As O’Hare came into view, it was clear no one was going anywhere soon.

I didn’t cut anything there. That’s the progression, the response of our heroes and our authors: Smoke, carnage, not “going anywhere soon.” It’s bizarre. It’s inhuman. And it happens again and again in this book. 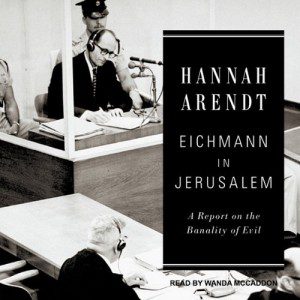 The most charitable explanation is that L&J are providing a subtly unreliable narrative. Buck and Rayford are not yet redeemed at this point in the story. Perhaps L&J are artfully trying to suggest that this is the unregenerate nature of fallen humanity without God — to consider only ourselves and our narrow self-interest, to ignore the pain and need and suffering of others to such an extent that we barely even acknowledge its existence except in terms of how it impedes or inconveniences our own lives.

But this theory doesn’t stand up. Jerry Jenkins ain’t Nabokov and the narrator here isn’t a persona. The narrator(s) is/are the author(s) and the reader is expected to accept the account and perspective we are given. Later in the book and the series — long after Rayford and Buck have allegedly been born-again, baptized and sanctified — our heroes behave and relate to the world in the same way, with the same egocentric, compassionless tunnel-vision.

… it was clear no one was going anywhere soon. There were planes as far as the eye could see, some crashed and burning, the others gridlocked in line. People trudged through the grass and between vehicles toward the terminal. The expressways that led to the airport looked like they had during the great Chicago blizzards, only without the snow.

Cranes and wreckers were trying to clear a path through the front of the terminal so cars could get in and out, but that would take hours, if not days. A snake of humanity wended its way slowly out of the great terminal buildings, between the motionless cars, and onto the ramps. People walking, walking, walking, looking for a cab or a limo.

It’s not just the prose here that’s awful (“like … the blizzards, only without the snow”), it’s the stunted vision of what L&J are trying to describe. They make the apocalypse sound like trying to get out of the parking lot at Shea Stadium after a game.

Buck began plotting how he would beat the new system. Somehow, he had to get moving and get out of such a congested area. The problem was, his goal was to get to a worse one: New York.

Buck has to get to New York because he’s a reporter. And there’s obviously nothing happening here in Chicago that might be worth covering.

The chapter closes with the suspenseful account of Rayford Steele’s landing of the plane on the smoke-filled, crowded runway. L&J have heightened the tension by telling us that this landing will be “risky and precarious.” And now for the dramatic payoff. Rayford cautions his passengers:

… to stay seated with their seatbelts fastened until he turned off the seat belt sign, because privately he knew this would be his most difficult landing in years. He knew that he could do it, but it had been a long time since he had had to land a plane among other aircraft.

Rayford envied whoever it was in first class who had the inside track on communicating by modem. He was desperate to call Irene, Chloe and Ray Jr. On the other hand, he feared he might never talk to them again.

That’s it. End of chapter. The next one starts with the plane already on the ground. As it turns out, the suspenseful account of the landing is neither suspenseful nor an account.

February 19, 2015
The devil has been in twice as many movies as Jesus (and how that has changed our theology)
Next Post

February 20, 2015 When some faction says they, and they alone, are the Real, True Christians, you shouldn't take their word for it
Recent Comments
0 | Leave a Comment
"Oh, I think I'm crossfaded on paint fumes and alcohol. Oh no, it's happening: I've ..."
Turcano 7/4 Flashback: Douglass
"Because I am that kind of person, thought I'd post about PragerU for Kids' interpretation ..."
Jenny Mingus 7/4 Flashback: Douglass
"Description: A political cartoon by someone whose signature looks like SIGMC to me. It was ..."
Jenny Islander 7/4 Flashback: Douglass
"I actually prefer to get up before dawn so I can be safely at my ..."
Ross 7/3 Flashback: Good vs. Holy
Browse Our Archives
Related posts from slacktivist