The symmetric property of 2 Timothy 3:16

James McGrath writes about 2 Timothy 3:16 — the favorite verse of those who assert their authority by “defending the authority of the scriptures.”

My fundamentalist friends, bless ’em, love to recite this verse in response to any question about the infallibility or inerrancy or “literal” interpretation of the Bible. “All scripture is inspired by God and is useful for teaching, for reproof, for correction, and for training in righteousness.” 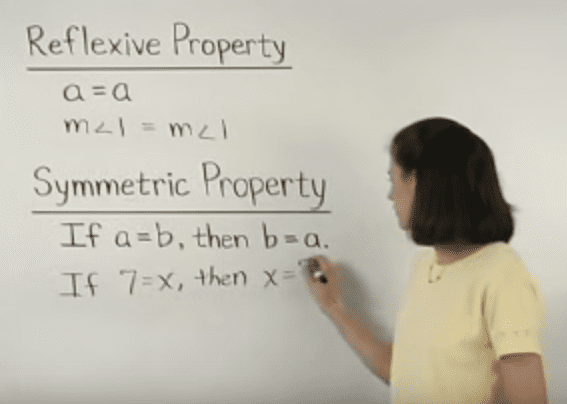 This usually leads to a long series of go-rounds on the carousel of this circular argument. They genuinely, but frustratingly, do not seem to understand that quoting scripture in defense of scripture doesn’t actually address the question being asked. Logically, that amounts to concluding that someone cannot possibly be lying to you because they insist they’re telling the truth.

It’s easy, then, to get so caught up in that logical loop-de-loop that we miss the more basic problem with this claim that 2 Timothy 3:16 is an argument for the infallibility or inerrancy of scripture — that this isn’t what that verse says. At all.

This verse doesn’t claim that scripture is authoritative, or infallible, or inerrant. It claims that scripture is “useful.” As McGrath puts it: “The focus is entirely on behavior. Scriptures are not said to impart right doctrine, but to be useful in training people in living a particular way.”

That becomes clearer if we look more closely at the last word in that verse: “righteousness.” That’s a lousy, misleading English translation of a word that often is not — and I think never should be — translated that way. The Greek word there is dikaiosyne. And it means “justice.”

Those words “righteousness” and “justice,” or “righteous” and “just,” may once have been closer synonyms in our language. We can think of some medieval king or pope nicknamed “The Righteous” or “The Just” and imagine those words, used in that way, as being closely related. But they do not seem as closely related now. They have each acquired a distinct set of properties, connotations, and implications that have, over time, separated and distinguished them from one another to the extent that, today, it almost seems easier to use them as antonyms than as synonyms.

“Righteousness” has thus come to imply a kind of moral rectitude — a kind of law-abiding, rule-following piety concerned primarily with the moral standing of the “righteous” person. “Justice” doesn’t carry all of that. What it carries, instead, is the sense of that original Greek word, dikaiosyne. It remains intrinsically bound up with ideas like fairness and right relationship. We thus speak of bringing criminals to justice, but not of bringing them to righteousness, or of getting one’s just deserts, but not of one’s righteous deserts. We use and understand the word “self-righteous,” but we struggle to compose its equivalent for justice.

So, yet again, I would say that to best understand 2 Timothy 3:16, we should use the more accurate translation for that final word: justice. And then we should note that this word is not followed by a period, but by a comma. The punctuation in our Bibles is also a work of translation, of course, but even without punctuation, the logic and grammar here shows that this is only the first part of a single sentence — one that continues in the following verse:

All scripture is inspired by God and is useful for teaching, for reproof, for correction, and for training in justice, so that everyone who belongs to God may be proficient, equipped for every good work.

That reinforces and amplifies McGrath’s point. This isn’t about doctrine or dogma, but about behavior — about “training people in living a particular way.”

And that particular way has to do with justice. Justice is what 2 Timothy 3:16 says scripture is for. But justice is the very thing that our fundie friends ignore — completely — in their efforts to hijack this passage into an assertion about epistemology. That’s what all that talk about infallibility and inerrancy really aims for — a shortcut to absolute epistemological certainty.

The allure of such absolute certainty, I think, stems from two motives — one of which is more sympathetic than the other. First, it stems from the fear of uncertainty — which is to say the fear of responsibility (about which more later). That’s understandable but, alas, responsibility cannot be eluded by the simple shortcut of claiming irresponsibility. The second motive is also understandable, but not as noble. Absolute certainty is attractive because it can be weaponized and wielded as a claim of absolute power — the authoritative trump card that can be played to compel others to submit to your own certain authority.

Those two motives are intertwined, of course, fear and power usually are.

Anyway, James McGrath concludes with a provocative suggestion for how to read 2 Timothy 3:16. Flip it around and read it back-to-front as well as front-to-back:

Rather than first defining a particular collection of texts as scripture (something 2 Timothy does not do, nor does any other work in the Bible), and then assuming they must be useful and beneficial, perhaps we ought to start with texts that are useful and beneficial, and treat those as not just “scriptures” (which simply means “writings”) but as special, even sacred.

This should lead us to ask whether hate-filled texts are useful or beneficial, and if not, what that means for their status as “scripture.”

October 5, 2015 This is Monday and we're making pies
Recent Comments
0 | Leave a Comment
Browse Our Archives
Related posts from slacktivist