Will you be with me when the moon is bright?

• “A Letter To Rand Paul: Stop Using Fake Founding Fathers Quotes.” But if real history won’t allow itself to be used for his agenda, then what else is he supposed to do?

• Surprised Randall Munroe doesn’t know the knuckle trick. (Make a fist. Now, start at one end and count off the months using the knuckles and the little dips between your knuckles for each one: “January, February, March, April …” When you get to the other side, start over in the opposite direction — or start over from the beginning in the same direction, doesn’t matter. The knuckle-months are all 31 days. The little dip-months are all less than that. You’re welcome.) 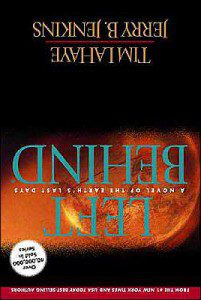 • Thanks to Chris D. and the folks who directed me to the Wayback Machine, the new Left Behind Index is now 100-percent complete, with working links to every post on Left Behind, Tribulation Force, and the first two movies with Gordon Currie (and also Kirk Cameron).

On a related note: It saddens me to see that Gordon Currie hasn’t worked in film or television since 2009. He’s fun to watch as the Antichrist in those awful Left Behind movies, where he made what was probably the only choice available to him — scenery-chewing camp. I hope he’s working on stage somewhere doing theater with better scripts and not, like, selling cars at his brother-in-law’s dealership or something.

The interview, like the book, offers an insightful and honest look at the legacy and future prospects of this small but commendable strain of white American evangelical Christianity.

This bit resonated with me as a former member of the white evangelical subculture and tribe: “The gulf between the Club’s reflexive defensiveness and stated passion for open-minded inquiry can generate an awkward dissonance.” That gets at why I kept seeing parallels between this story and all those “millennials leaving the church in droves” articles about the “rise of the nones.”

And this fact strikes me as a parable or a metaphor or some kind of sermon fodder: “The group’s original brief was to expose fraudulent mediums and clairvoyants by applying experimental rigor to supposedly otherworldly powers.”

Mainly, though, reading about the decline of the Ghost Club reminded me of this tweet from Stephen Judkins: “It’s crazy that once personal video recorders became ubiquitous UFOs stopped visiting Earth and cops started brutalizing people all the time.”

October 28, 2015
New e-booklet: 'Long March of the Koalas (And other creationist adventures)'
Next Post