I’m not that good at breathing in

• TFW the racist, pro-torture Republican frontrunner suddenly sounds like he’s quoting something you wrote on your blog back in 2003:

• The CIA has declassified its 1944 “Simple Sabotage Field Manual.” It reads so much like a cruelly accurate description of corporate America that it could serve as the outline for Office Space 2.

• Jeb Bush tweets what appears to be a heart-breaking cry for help: 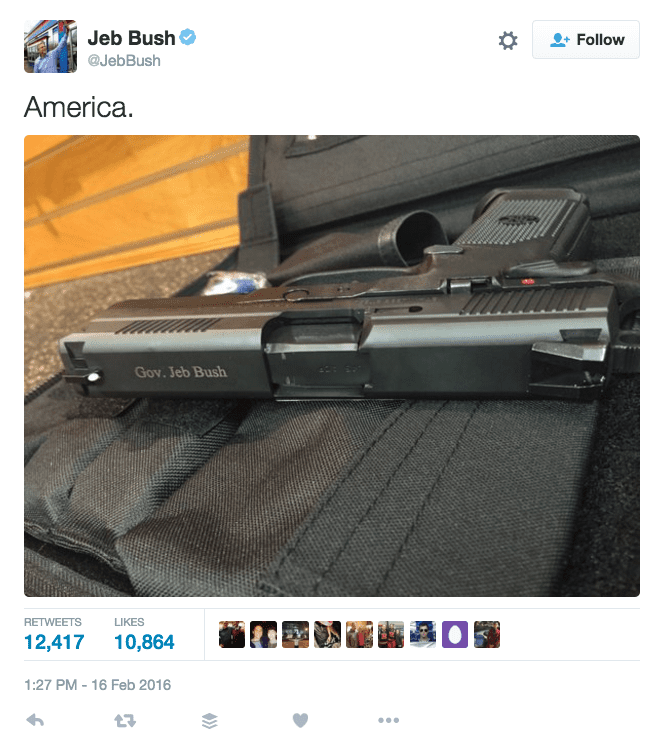 • I watched President Barack Obama’s speech last week before the Illinois General Assembly. (You should too, it’s really good and often pretty funny.)

Please note: This is the president, and the person, who is legally and constitutionally obliged to nominate the next justice to the Supreme Court. I watch this speech and find I’m very comfortable with that. I watch this speech and I’m confident that this is the right person for that job — not just because that’s what the law undeniably requires, but also because I trust him to do it well, to do it with an eye to what’s best for America and for all Americans.

That doesn’t mean I’m never critical of this president, or that I agree 100 percent with all of his policies, choices and priorities. But, really, watch the speech. We’re not always fortunate enough to have the kind of president who is either capable of a speech like that or inclined to give it. Right now we do, and that’s a Good Thing.

• It turns out that Carly Fiorina really has dropped out of the Republican primary race. I realize this is old news, but since I first heard about it in a statement from Carly Fiorina, I had to wait until it was fact-checked and confirmed by someone else.

Fiorina’s campaign didn’t stall because she told grirsly, ghoulishly inventive lies about Planned Parenthood. It stalled because she imagined that this somehow set her apart from every other Republican running for office.

• Continuing with the accidental them of singer-songwriters from Oz … I’m not disappointed that Courtney Barnett lost out on the Best New Artist Grammy because I think of that award as the Christopher Cross Memorial Passport to Oblivion. It’s cursed. Yes, the Beatles and Adele and Bob Newhart and John Legend and several notable others have managed to avoid that curse, but for many other recipients it seems to have been the kiss of death, career-wise, so why take chances?

Milestones
Each generation has ways to mark time. Marking time, like marking distances,...
view all Progressive Christian blogs
What Are Your Thoughts?leave a comment
Copyright 2008-2021, Patheos. All rights reserved.