Some people punch down when they get scared. True.

Amanda Taub has an excellent piece at Vox exploring “The rise of American authoritarianism.” Taub offers a helpful overview of some fascinating research into authoritarianism, and then, working with the political scientists behind much of this work, applies their models and measurements to the 2016 presidential campaign. The piece articulates a clear way of describing and thinking about the alarming phenomenon we’re observing, and goes on to make some disturbing predictions about what this suggests we can expect to see in the near future.

It’s a long read, but it’s rewarding. I recommend it.

At the same time, though, I’m not quite convinced that this model of “authoritarianism” is as groundbreaking as these political scientists seem to think. I suspect that what we have here, actually, is a description posing as an explanation.

Don’t get me wrong, a good description is a valuable thing. It helps us to see more clearly and to think more clearly — to better articulate our own thoughts and to better articulate the shape before us. A good description helps us to see where the sides and sharp edges of something are, thus enabling us to grasp it or to get a handle on it, or any of the other tactile metaphors for comprehension you care to use there.

But while a good description makes it clearer what we’re up against, it cannot tell us what to do.

This particular good description — the model of “authoritarianism” — was produced by political scientists, so it’s quantitative. This is what political scientists try to do. They measure things, which means coming up with ways to translate descriptions into units of measurement so that these units can then be charted and graphed and tabulated.* This can be helpful, and I think the survey data these folks have come up with offers a useful and effective metric for studying and analyzing authoritarianism.

Of course, thanks to Taub’s application of this metric in surveys of the 2016 Republican electorate, we see that we already had another way of measuring and quantifying all of this. If you want a scientific measurement of the percentage of Americans who share this trait of authoritarianism, it turns out all that you need to do is get Donald Trump to run for president and then count how many people vote for him. Trump’s campaign and electoral success offers a frightening confirmation of everything these political scientists are telling us.

Yet I’m still not sure they’re telling us anything new. Cut through all the modeling and the survey data and what this boils down to is this:

1. Some people punch down when they are frightened.

2. The kind of people who punch down when they are frightened are also more likely to be frightened more often.

In short, they are afraid. Everything Taub ably summarizes for us from these good scientists thus basically brings us back to something we already learned years ago from Yoda: “Fear is the path to the dark side. Fear leads to anger, anger leads to hate, hate leads to suffering.”

But neither these political scientists nor the little green Jedi gets at the darkness of this dark side. The problem with authoritarianism is not that “fear leads to anger,” but that — for authoritarians — fear leads to misdirected anger. When such people fear being crushed from above, they respond by punching down — lashing out at others who have nothing to do with the causes of their fear.

Misdirected anger — punching down — fuels fear. The scholars of authoritarianism recognize this. They see that the authoritarians they’re measuring and quantifying are more fearful than others. But while they record and measure this fact, they don’t explain it. 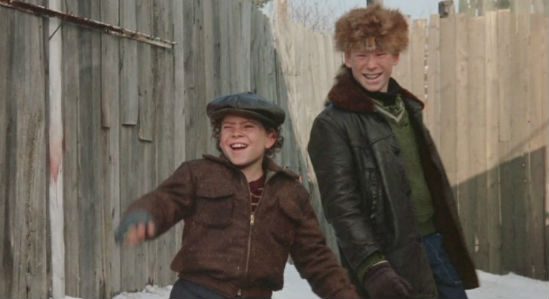 The explanation, I think, is a misshapen empathy — the last vestiges of the empathy authoritarians are working so hard to deny and ignore, but which stubbornly endures even for the victims of their angry punching down.

We talked about this recently with regard to the mass hysteria that gripped New York City in the so-called Conspiracy of 1741. White New Yorkers went into a panic due to fear of a slave revolt. Fear gripped them and ruled their lives. They went mad with fear. And that fear was, on some basic level, logical. The idea that the 2,000 enslaved and abused persons in New York would want to rebel — to break their chains, overthrow their masters and seek vengeance — made perfect sense. White New Yorkers understood that it made sense because of empathy — because no matter how hard they tried not to, they couldn’t help but think “What if that were me?” And once you’ve even half-glimpsed that question, the answer comes unbidden: If that were me, I would try to escape, to fight back, to seek revenge.

Fear is, therefore, inescapable for anyone on the advantageous side of systemic injustice. The oppressors will always, quite logically, fear the oppressed. And due to that fear, they will press down harder. Whether that makes the thing they fear more or less likely, it compounds their guilt and compounds the injustice, and thus their fear will also be compounded and intensified.

The Golden Rule, it turns out, isn’t just a nice platitude or a lovely piece of inspirational and aspirational sentiment. It’s an actual rule — a law that governs the behavior of the universe. When I fail to do unto others as I would have them do unto me, I will — rightly and reasonably — begin to fear that those same others will soon do unto me as I have been doing unto them. And the more I violate that rule, the more fearful I will become, until fear and fearfulness is all that I have left. I will become obsessed with fear of the day of the Lord — the day of justice which will bring darkness, not light, gloom with no brightness in it.

That’s not to say that black Americans or LGBT Americans or members of some other marginalized group cannot also possess the personality traits associated with this authoritarianism. But the expression of it still strikes me as, well, really white (or, in Trump’s case these days, really orange with white circles around the eyes).

I’m not sure how the political scientists’ models account for this. The politically neutral survey questions they use to gauge authoritarian tendencies seem to be colorblind. They’re about parenting. I would guess that a share of black American parents might respond to those questions with the stricter, more rule-based and “authoritarian” responses, but that many would do so for very different reasons — reasons these survey questions aren’t able to quantify.**

My biggest concern with this approach to “the rise of American authoritarianism” isn’t just that it provides a description without an explanation, but that it tempts us to mistake this description for an explanation. That leads us down a dead end, or worse. It tells us that this is just how some people are.

And, yes, this is in fact exactly how some people are. The model provides an excellent description. But why are these people like this? Why did they become this way and can they — or how can they — become another way?

The framework of “authoritarianism” tells us, correctly, that this is how some people behave. It tells us that this is the way they have learned and have chosen to be. It doesn’t tell us how they learned to be this way, nor why they chose to be this way. And all of that — the teaching, learning, training, choosing, practicing, and choosing again and again and again, that shapes us into what we are becoming — that’s the really important stuff.

* Here is where I think those obsessive audiophiles hoarding their vinyl records are onto something. Whether or not their hearing can really pick up on it, the physics of their claim makes sense: a sound wave is rounder and smoother than the digital approximation of it.

** Here, for example, is one of those questions: “Please tell me which one you think is more important for a child to have: curiosity or good manners?” An authoritarian white parent would say “good manners,” but so might a black parent who doesn’t want their child to end up like Tamir Rice or Emmett Till.

On the other hand, something in this model already seems capable of capturing and measuring the essential whiteness of this phenomenon of authoritarianism. As Taub repeatedly shows us, the political scientists’ models perfectly align with Trump supporters. And Trump supporters aren’t a particularly diverse bunch.