Calling out in transit

• Scott Lemieux is making sense: “‘Incrementalism’ is not a choice FDR and LBJ made; it was a necessity. Majority coalitions to get the legislation you think the country needs in exactly the form you want aren’t something you can just declare by fiat.”

• Belated congratulations to Sadiq Khan for his election as mayor of London. The office of mayor is particularly important for Londoners since, as residents of their nation’s capital city, they don’t have any right to vote for representatives in Parliament.

(Wait … what? But I thought they were the “taxation without representation” people. Nope — apparently that’s just us. Every other democracy thinks it’s undemocratic to deny representation to residents of its capital — even when that capital is home to the palace of their queen.)

• “You have to be a truly despicable human being when screwing people out of their life savings in a Ponzi scheme, in which you get a kickback from their investments, is the second worst thing you’ve ever done.”

• I graduated from high school 30 years ago. That seems impossible — I can’t be that old. Why, it seems like just yesterday I was a young college student, rocking out to REM or hanging out watching Letterman in the dorm lounge … 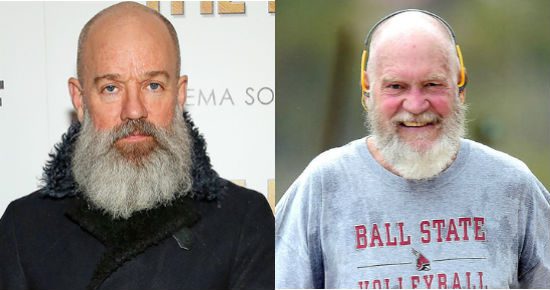 • Can you spot the factual error in this Reuters headline? “US Catholics cautiously hopeful women may one day be deacons.”

Yep, you could read that whole piece and never encounter the fact that the church in Rome used to have women deacons. English-speaking readers of the Bible in translation might be confused about that since our English translations make up new and unusual titles to avoid acknowledging that the New Testament names women as deacons. The same word translated “deacon” or “minister” for Stephen and Philip gets rendered “servant” for women like Phoebe. (And in an acrobatic maneuver of double-think, that erasure-by-translation is sometimes itself cited as evidence that woman deacons are unthinkable.)

Since I’m a chapter-and-verse evangelical type, let me cite chapter and verse: Romans 16:1-16. There’s the deacon Phoebe. And Priscilla. And Mary. And Junia, an “apostle.” And Tryphaena and Tryphosa and Julia and, well, just way too many women for anyone to credibly pretend that women in church leadership is some kind of brand-new, unprecedented thing that it’s somehow “conservative” to oppose.

• Seems like I was just reading something somewhere about anti-abortion Democrats.

• Yesterday was Friday the 13th.

• This song is now old enough to run for president.

May 14, 2016 The Fall of the House of Graham (ongoing)
Recent Comments
0 | Leave a Comment
Browse Our Archives
get the latest from
slacktivist
Sign up for our newsletter
POPULAR AT PATHEOS Progressive Christian
1

Progressive Christian
'They're all hustlers'
slacktivist