Conservatives Are Still Confused About Consent

From the video description on YouTube: “In this video, Kelley Schiffman (Yale University) discusses one of the most basic tools in the philosophers’s tool kit: the distinction between necessary and sufficient conditions.”

And, yes, this is very basic stuff, which is another way of saying that it’s very important stuff. And thus worth revisiting:

For a textbook example of the monstrous stupidity that can come from failing to grasp this textbook distinction, see David French’s latest rendition of the stock conservative rant about “modern sexual morality.” Or let me save you a click: French doesn’t understand what “consent” means and doesn’t understand it’s moral significance. Specifically, he’s deeply confused about the distinction between necessary and sufficient.

French is not unique in this regard. Some variation of this same non-argument gets rehashed and regurgitated in every other issue of “conservative” journals like National Review, First Things, World magazine, etc. They’ve been repeating this nonsense, exposing their ignorance on this point, for decades. Relentlessly.

This is often, as in French’s perfunctory recitation, expressed in the form of straw-man attacks against “modern sexual morality,” which is dishonestly caricatured as “Anything Goes among consenting adults.”

It’s an immensely frustrating, bewildering “conversation.” And it’s been going around and around in the same circle for decades. It’s based on their failure, or their refusal, to recognize that basic distinction between necessity and sufficiency.

“No, not sufficient. But necessary.”

“Ooh, la-ti-dah, consent is sufficient so Anything Goes!”

“We’re not saying that. We’re saying it is necessary. Without consent, nothing goes.”

“So it’s fine by you if a man marries a box turtle!”

“[Starts singing ‘Let the Sun Shine’ from Hair in a mocking, sarcastic voice.]”

Lather, rinse, repeat. After endless cycles of this same bizarre “debate,” I honestly cannot tell at this point whether these folks are genuinely this obtuse, or if they’re doing this deliberately in bad faith. I also cannot tell which interpretation would be more charitable. 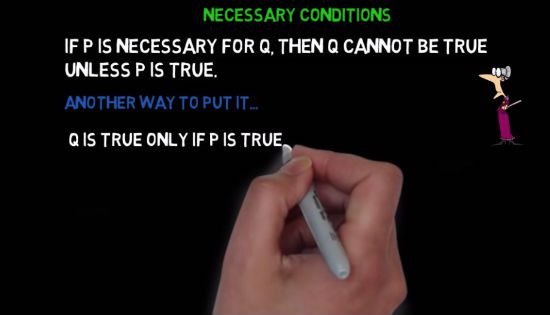 The best spin I can put on this in their defense would be some kind of fear-driven slippery slope theory. The hobgoblin of all-sufficient consent is, in their view, such an immense potential threat to their “traditional” sexual morality that it must be guarded against at all costs. Whatever the legitimacy of claims about the necessity of consent, such talk serves to underscore its essential moral significance — and that might lead to a slippery slope in which some might then decide that it is of exclusive moral significance. If we allow any moral value for consent, then some might decide it is the only value, or the ultimate value. And, thus, to guard against that, we must deny that consent has any moral significance. We must pretend that consent is not a necessary condition for sexual morality lest that lead — somehow, somewhere, some day — to others claiming that it is the solely sufficient condition for sexual morality.

It’s likelier, I think, that their confusion over our claims is a consequence of the same confusion they have about their own claims. Their “traditional sexual morality” holds that marriage is a necessary condition for moral sex, but they’ve gotten that garbled in their heads into the idea that marriage is a sufficient condition for moral sex. And if marriage is, by itself, sufficient, then nothing else can be recognized as necessary. (This is, by the way, why they’re losing the argument they want to make in defense of marriage. Because they’ve been so busy asserting the sufficiency of marriage for sexual morality, they haven’t even bothered trying to explain why anyone should regard it as necessary.)

Anyway, I’m now repeating myself — which is probably an unavoidable result of responding to people who are repeating themselves. See earlier:

• But if homosexuality isn’t ‘objectively immoral,’ then Anything Goes …

• Here’s that ‘Anything Goes’ rant about evangelical sexual ethics

• Consent is a necessary prerequisite for any sexual ethic