White evangelical logic: A child-molester is Not As Bad As a Satanic baby-killer

White evangelical supporters of disgraced former judge Roy Moore have taken two strategies to explain why they’re sticking with the Republican Senate candidate despite multiple, credible allegations that he has a long history of child molestation.

That’s not an easy or a comfortable thing to do. Adults who prey on children sexually are generally, and rightly, viewed as morally indefensible. So how are all of these good Christian folk defending Moore?

Some opt to do so by denying all of the evidence and testimony against him. That evidence is compelling, painstakingly documented, and attested by multiple, non-partisan sources. But for white evangelicals practiced in the art of imagined “persecution,” all of that can easily be swept aside as neatly as any of the so-called evidence for the Moon landing or for the efficacy of vaccines. The idea is that Roy Moore is One Of Us, since and They are Out To Get Us, we should expect Them to make up all kinds of vicious lies, fabricating evidence. These folks believe in a global, omni-competent conspiracy against white Christians, and they’re certain that this evil conspiracy of evil is more than capable of inventing these accusations against Moore.

This is the tactic that Moore himself is urging his supporters to take, and many are following his example. We saw this in that jaw-dropping quote from the Rev. David Webb, pastor of a Clarke County Alabama church, which we looked at last week:

Rev. David Webb, pastor of the church consisting of about 200 members, said the amount of national media attention accompanying Moore’s visit was the result of “God’s purpose.”

“Why wouldn’t they?” he said, adding that the allegations about child sex abuse against Moore are “just allegations.”

For Webb and other Christians like him, belief in this persecution conspiracy against Moore allows them to side-step the ugly utilitarian calculus that explains the continued support for Moore from many other white evangelical Christians. Those folks accept the evidence against Moore and take the allegations seriously. They understand that he very likely may be a child-molester, but they say they are still obliged to vote for him — to vote for a man they believe is a child-molester — because while that is Very Bad, it is still Not As Bad As something else.

That something else is, of course, abortion. Alabama Gov. Kay Ivey offered the clearest articulation of this view:

“I believe in the Republican Party, what we stand for, and most important, we need to have a Republican in the United States Senate to vote on things like the Supreme Court justices, other appointments the Senate has to confirm and make major decisions,” Ivey said at a Thanksgiving turkey pardon event, according to AL.com. “So that’s what I plan to do, vote for Republican nominee Roy Moore.”

Ivey also told reporters she had no reason to disbelieve the allegations against Moore.

“I certainly have no reason to disbelieve any of them,” she said.

Gov. Ivey is making the same utilitarian calculus that every other single-issue anti-abortion white evangelical made in supporting Donald Trump for president — and in voting straight-ticket Republican in every election since 1984. Abortion is the ultimate evil — the trump-card in every game of Not As Bad As. Ivey may not be happy that she’s now forced to state, explicitly, that yes, this even means voting for a child-molester against a pro-choice opponent, but this is the only logical conclusion one can draw from the premise that she and all those other pro-Trump and pro-Moore white evangelicals claim to believe. 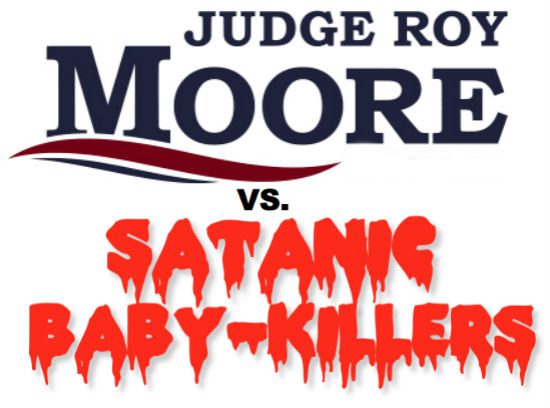 Granted, none of them really believes this premise. Not one. No one is capable of really doing so, and all who claim to believe exhibit dozens of glaring inconsistencies throughout their lives and their politics that demonstrate the hollowness of this pretense of a premise. (That, again, is a larger topic we’ll get back to.) But having declared their allegiance to such a premise, they’re stuck. Roy Moore may be accused of sexually abusing multiple children, and we may have no reason to disbelieve any of their allegations, but that still doesn’t make him worse than Doug Jones. Jones may seem like a nice guy, a tough prosecutor who demonstrates a real passion for the working people and families of Alabama, but he’s pro-choice. That makes him complicit in the murder of millions of innocent babies every year. That makes him a monster.

And you have to vote against the monster, even if his opponent is allegedly — or even certainly — a child molester. A child-molester is bad. A Satanic baby-killer is worse.

Ivey’s logic strikes many people as depraved — including many other white evangelicals who share Ivey’s desire to see nine anti-abortion justices on the Supreme Court. They may not like that this is where the logic of their shared premise takes them, but it does. 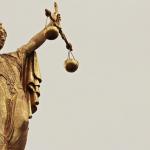