I don’t know exactly what’s going on at Religion News Service, but it seems bad. RNS had assembled a solid team of reporters and editors who understood their beats and were able to write and report on religious news in a way that made the subject, and its relevance, accessible to a wider audience. But now many of those reporters are leaving — resigning in protest of the abrupt firing of their respected editor and in protest of what they see as increased meddling in editorial decisions by the nonprofit’s new CEO and its board.

The details here are dismaying, involving a controversy over a well-documented anecdote about Jerry Falwell in a column by Richard Mouw. (It takes a lot of effort to find grounds for controversy in Richard Mouw.) Some board members were upset, arguing that Falwell never said what Mouw said he said (he did, in public, on the record), while other board members seem upset because they think he said it but never apologized for saying it, as Mouw wrote (he did, sort of, albeit in a typically Falwellian fashion). Apart from their contradictory objections, the bigger problem is that none of those board members seems to remember that fact-checking Mouw’s opinion column isn’t their job.

Even more dismaying is this anecdote from the CJR story, in which RNS’s new CEO, Tom Gallagher, seems intent on following the disastrous failed media strategies of 2014:

In his capacity as editor in chief, [Jerome] Socolovsky wrote a weekly email to Religion News Service subscribers called “Sunday Morning Editor’s Note.” The email typically contained a digest of the week’s most interesting stories and an introduction written in the first person by Socolovsky.

On October 8, Socolovsky’s introduction contained a link to a CJR story about the impact that Facebook and Google have had on the news business. “So here’s my ask,” Socolovsky wrote to readers. “Don’t let Facebook and Google decide what news you get — which they do based on data you’ve most likely given them unwittingly, through your browsing history and other information they can track.”

Ten days later, Gallagher wrote to Socolovsky, in an email obtained by CJR, “Given your publishing of personal opinions in the Sunday week-in-review email, e.g., the unwise public criticism of both Facebook — a key partner of ours and a key relationship to the AP — and Google for which I received a complaint, you are now prohibited from publishing personal stories, histories or opinions in the Sunday week-in-review marketing email.”

Apart from coming across as kind of a jerk and someone you wouldn’t want to work for, Gallagher seems staggeringly obtuse about Facebook’s role as a “key partner” of RNS as an online news provider. Facebook is strangling RNS, just as it’s strangling online newspapers, blogs, and every other non-Facebook source of content. (Changes in Facebook’s timeline and algorithms cut traffic here by more than half in one month.) In return, Facebook offered “content providers” its helpful advice on how to optimize our sites. All we needed to do, they assured us, was simply change everything to reorganize the form and substance of our content toward a primary focus of meeting Facebook’s needs and we could likely regain 20 or even 30 percent of that lost traffic. 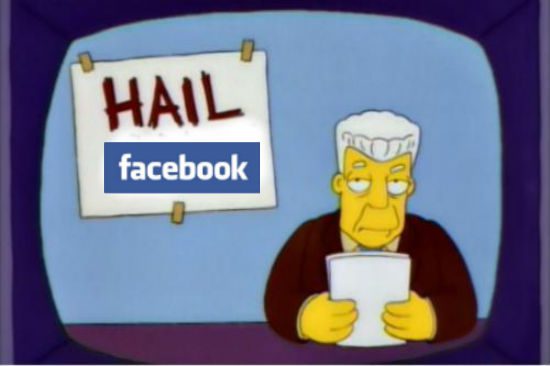 Gallagher seems to think that’s a good deal. Or, perhaps, that a Kent Brockman-esque response is best: “I, for one, welcome our new Facebook overlords …” I fear he’s intent on TRONCating the Religion News Service. And, because that worked so well for “TRONC,” maybe even pivoting to video.

Anyway, I appreciate the RNS and I’ve often relied on their excellent, insightful reporting. I’m going to miss them when they’re gone. 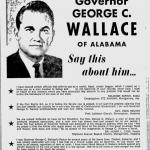