July 3, 2018 by Fred Clark
0 Comments
The con-game of anti-abortion partisanship that replaced Christianity has been so successful that we forget how recently it was invented July 3, 2018 Fred Clark

First let’s hear from the most enthusiastically obsequious of the Trump-worshipping court evangelicals: Robert Jeffress, who serves in the pulpit of white supremacist fundie icon W.A. Criswell at First Baptist Church, Dallas. Criswell was an old-school, curse-of-Ham segregationist who denounced the Supreme Court’s ruling in Brown v. Board of Education, so if he were still breathing, he’d be joining his heir in celebrating the prospect of a Trump-appointed Supreme Court justice who might finally overturn it.

For a taste of Jeffress’ celebration, we have to turn to Jeffress’ alternative media world — the right-wing, click-bait, bot-serving aggregator OneNewsNow, which tells us that “Pro-Trump pastor says vindication is here.”

A Southern Baptist pastor who was among the first evangelical leaders to support Donald Trump – and was roundly criticized for it – is ecstatic about the president getting to choose another Supreme Court justice.

Over the last few weeks, decisions from the Supreme Court seem to have breathed new life into conservative Republicans who were starting to whither from divisions within and attacks without. Three weeks ago the high court handed down its decision in the Masterpiece case –  then this week it ruled for pro-life pregnancy centers and the president’s travel ban, and against government unions. Then the shocker: Justice Anthony announced he’s retiring, meaning President Trump gets the opportunity for a second Supreme Court appointment.

According to presidential advisor Dr. Robert Jeffress, conservatives suddenly felt like they were back in the game again. “This remaking the judiciary is going to shift the direction of our country dramatically,” he told Fox News on Thursday. “It’s going to cement his legacy as a conservative, and I believe it will ensure his reelection.”

… And then eventually, he said, “a conservative court will either overturn Roe v. Wade or at least greatly diminish its importance and its power.”

For Jeffress, it’s all one big package deal. Outlawing abortion is trumpeted as the Big Prize, but he’s tickled pink about the anti-gay, anti-union, and anti-Muslim stuff too. He’d refer to the anti-gay stuff as “religious liberty” — a necessary rebranding now that Trump-o-mania has made “family values” and “sanctity of marriage” rhetoric untenable — but it’s hard to take talk of religious liberty seriously from someone who is at that very moment giddily celebrating the upholding of a Muslim ban. Jeffress is for “religious liberty” the same way the Puritans of the Massachusetts Bay Colony were — religious liberty for me, but not for thee.

Jeffress is a Christian nationalist, which is to say that he is a white nationalist. That’s his preoccupation and his priority, not abortion politics. Abortion politics serves that. It’s his ever-present safety net and Trump card. It’s the mandatory “stance” that every white evangelical must embrace and therefore — as Jeffress gleefully reminds them here — the reason they have no choice but to join him in celebrating all things Trump. It is the “priority” required for others that guarantees they have to agree to and support all of Jeffress other priorities. 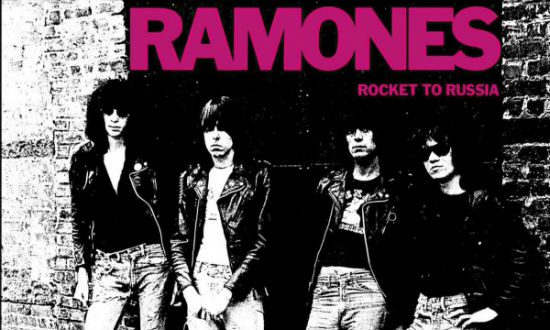 Historian John Fea is an outspoken critic of Jeffress’ Trump idolatry and of the star-spangled idolatry of Jeffress’ [white] “Christian” nationalism. Fea is the guy who coined the term “court evangelicals” for the fawning, 1 Kings 22-style subservience exemplified by Trump’s lickspittle lapdogs like Robert Jeffress. But he agrees, descriptively, with the basic outlines of Jeffress’ claim here of “vindication.” Here’s Fea writing last week — correctly, I think — about how white evangelicals are likely to respond to the horror-show of Trump’s cruel, lawless family-separation policy at the border:

I have talked to several reporters about Donald Trump’s zero tolerance immigrant policy that has separated children from their parents at the Mexican border. After Franklin Graham called the policy “disgraceful,” reporters wondered if immigration might be the issue that finally prompted a significant amount of pro-Trump evangelicals to break with the president.

I answered these questions with a firm no.

Evangelicals I talk to are against the separation of children from their parents, but this is not enough to pull them away from Trump or reject his border policy. When it comes to social and cultural issues, conservative evangelicals have a hierarchical system of morality. Abortion and gay marriage are the most important.  The separation of children from their parents at the border might be morally problematic for some evangelicals, but not enough to end their support for Trump.

The only thing that will pull the 81% away from Trump is if he supports a liberal Supreme Court justice, takes pro-choice position on abortion, or refuses to defend the religious liberty of evangelicals in a post-Obergefell age.

Fea is simply stating how it is, not necessarily how it ought to be. He’s descriptive, where Jeffress is prescriptive. But they’re in agreement on this: “Evangelicals have a hierarchical system of morality. Abortion and gay marriage are the most important.”*

This hierarchy — this unassailable highest priority of anti-abortionism — is the function of evangelical abortion politics. And nothing is permitted to challenge that. Not even internment camps for toddlers.

Nothing can be permitted to challenge that, otherwise it wouldn’t work. It wouldn’t serve it’s function of keeping white evangelicals in line, ensuring their perpetual partisan loyalty and their reflexive support for everything else and anything else done by anti-abortion politicians. A foolish and disastrous war of choice that killed more than a million people, destabilized a region, spawned ISIS, cost America trillions in treasure and left tens of thousands of Americans dead, wounded, or traumatized didn’t matter because the hierarchy of moral priorities always has to put abortion first. And if the anti-abortion party wants a war in Iraq, or in Iran, or in Ontario, well then being a good anti-abortion evangelical means you want that too.

And you want to abolish unions, cut taxes on the wealthiest, and eliminate laws to keep water, air, and soil clean. And you want to turn away refugees, restrict access to medical care to the rich, sabotage public schools. You have to want those things. It’s mandatory. Because those are all, apparently, necessary costs to be paid in pursuit of the highest priority in the moral hierarchy.

And you have to agree to turn a blind eye to the flagrant, 19th-century-style corruption practiced by Trump and his cabinet. You don’t have to like it when Scott Pruitt openly practices every form of penny-ante personal enrichment he can dream up, but you can’t effectually oppose it lest by doing so you undermine your duty to pursue that highest priority required of all real, true Christian white folks.

Some evangelicals, like Fea, view this as a deal with the devil. Others, like Jeffress, view it as a bargain — like one of those As-Seen-On-TV deals where the announcer says, “But wait! There’s more! If you act now to outlaw abortion, we’ll throw in anti-immigration, white supremacy, tax-giveaways-to-billionaires, climate-destroying environmental policies, and Devin Nunes … for free!”

Jeffress loves that package deal. Other white evangelicals are deeply uncomfortable with it. That discomfort doesn’t matter. It has no effect. It cannot have any effect as long as the moral hierarchy functions.

And this is it’s function. This is the function it was designed to perform: partisan loyalty, partisan identity, partisanship as doctrine, as creed, as author and finisher of their faith.

This entire construct — this bamboozling shtick — was concocted and created and adopted in my lifetime. It’s a new thing, younger than the Happy Meal. This isn’t ancient history, it’s living memory for Generation X.

You might be old enough to remember this change yet somehow fail to remember it happening. That’s because there’s been a massive, well-funded, fiercely vindictive and punitive effort to encourage you not to remember it.

As always whenever anyone is trying to make you forget what you ought to remember, keep an eye on your wallet.

* The anti-gay stuff is still a distant second, priority-wise. That’s why white evangelicals who say something “controversially” not-quite-anti-LGBT can restore their acceptability with the tribe by turning around and saying something particularly emphatic and rigid about outlawing abortion.