Defensive pretend patriotism is bad for sports and bad for veterans

• BBC’s Witness segment today revisited the 1959 “Kitchen Debate” which took place at the American exposition in Moscow, with then-Vice President Richard Nixon getting into an awkward argument with Soviet leader Nikita Kruschev about living standards in the two Cold War superpowers.

Years ago, I heard a brief version of this story from an even more direct source — Vice President Nixon’s translator on that trip.

New Year’s Eve, 1991, a bunch of us pooled our money to get a hotel room in Philly so we could catch the fireworks and all the festivities. Alas, the friend who booked the room goofed up and had us staying in a hotel at the airport. That’s how I wound up sitting in the front seat of a cab driven by the woman who had once served as Nixon’s Russian and German translator. In the early ’60s, she had quit her government job to get married and raise a family. Decades later, after her children were grown and her husband died, she tried to return to work but — despite two master’s degrees and fluency in several languages, she said no one wanted to hire a 63-year-old woman who hadn’t been in the workforce since the Kennedy administration. So there she was, driving a cab in Philly.

For the record, she admired Nixon’s intelligence, but said he was a strange man. Watergate, she said, was disappointing, but not surprising. She felt Kruschev was “rude.”

We gave her the biggest tip we could manage.

• “Veterans Speak Out Against the Militarization of Sports.” Howard Bryant’s report for Only a Game cuts to the heart of the big-money, bought-and-paid-for, performative insincerity of the militarized rituals we have now in lieu of actual patriotism.

I asked one baseball executive, who told me his sport promotes the military not out of patriotism but out of fear — the fear of being called unpatriotic. Nearly 20 years after 9/11, Bill Astore believes these rituals have served their purpose.

“I think we as Americans need to come together and recognize that all of this needs to be ratcheted back. …”

Ah, but anyone who so much as raises the possibility of such a ratcheting-back will be attacked as supposedly “unpatriotic” by all of the same folks who are now profiting in one way or another from forcing Americans to stand and recite the Pledge of Allegiance in between pitches.

Respect and gratitude toward veterans is appropriate, but worshipful reverence toward the military is not. It’s dangerous and incompatible with democracy. And deliberately blurring the lines between pro-military and pro-country is straight-up banana republic dictator nonsense. That’s not something a free people can do for long if they wish to remain a free people.

Gabriel’s previous books include “Because They Hate” and “They Must Be Stopped.” Charisma promises that “RISE” will be “her most explosive book to date” and will “reveal alarming evidence to open readers’ eyes regarding the imminent threat and ever-widening plot to destroy long-enjoyed freedoms and national security.”

Brigitte’s organization, ACT for America, has been designated a hate group by the Southern Poverty Law Center, which calls it the largest anti-Muslim group in America.

More on the not-so-angelic Gabriel here. 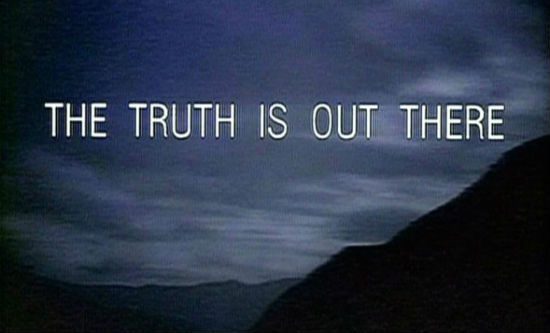 Oh, and while you’re over at Right Wing Watch, be sure to tune in for “Janet Mefferd and former Family Research Council fellow Tim Dailey” explaining the Satanic truth behind Bigfoot and UFO sightings. The truth, Mefferd believes, is out there — way, waaaay out there.

• Philip Jenkins writes about the 50th anniversary of Humanae Vitae — ascribing the proper significance to the pronouncement not as the definitive Catholic statement on the use of birth control, but rather as the definitive moment at which Catholics accepted that sometimes the pope is just plain wrong and hasn’t the slightest clue what he’s talking about.

The historically befuddled pope in question, Paul VI, chose to ignore the arguments of the majority of theologians. scientists, doctors, and laypeople who had soundly concluded that the use of birth control could be perfectly moral. He instead sided with the minority report, which did not so much present an argument about the morality of birth control as it did an argument about the necessity of sticking with every earlier papal pronouncement, even if they were clearly wrong, lest one be seen as admitting that they could be.

It’s like the old musicians joke about playing the wrong note, “Do it twice and call it jazz.” In the Vatican’s case, the minority report said that past mistakes must be enshrined eternally as doctrine, lest “the authority of the ordinary magisterium … be thrown into question.”

That minority report really is the Stupidest Thing I Have Ever Read. And the consequence, as Turner notes, was all too predictable. Humanae Vitae sought to preserve the church’s “moral authority” by doubling down on its earlier, obvious mistake. The result of that foolish bet was the loss and erosion of any claim to moral authority thereafter.

• Here’s a great piece of reporting by Mary Annette Pember on efforts to improve “staggering maternal and infant mortality rates” in Native communities. That’s from Rewire News — the pro-choice, pro-abortion-rights site where improvements in maternal and infant health are a constant concern and a fierce priority. If you read Rewire, you’ll read a lot about tangible and effective efforts in that direction — efforts that are not merely ignored, but actively opposed by so-called “pro-life” groups.

That’s why the qualifier so-called and the scare quotes around “pro-life” are necessary. They stand for the mountains of evidence that make the term “pro-life” subject to Montoyan skepticism. As in Inigo. As in, “You keep using that word. I do not think it means what you think it means.” 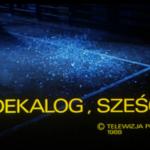 July 25, 2018 The reporter was six weeks too late to write about the dilemma facing that white Alabama church
Recent Comments
0 | Leave a Comment
"I'm thinking I might have a done a similiar "insufficiently rinsed" carrot cleanse this Wednesday ..."
Antigone10 Tim LaHaye had a Dream
"The second you say "I want to become a seeker of wisdom" you are one."
Vermic Tim LaHaye had a Dream
"Heck, that's what I was thinking of when I brought up the name, and the ..."
Jim Roberts Tim LaHaye had a Dream
"Gandhi AI is always the one I hate the most. We're always at peace, everything's ..."
Old Man Shadow Tim LaHaye had a Dream
Browse Our Archives
Related posts from slacktivist