“That would cut legal immigration by bringing in the best and brightest … so we don’t bring in some guy’s uncle from Zimbabwe.”

“The harrowing testimonials capture children’s and parents’ experiences at various stops along the Trump administration’s chain from initial processing by Border Patrol agents to transportation by CBP and ICE to the contractor-run Casa Padre facility.”

“The CEO of a Texas nonprofit children’s shelter that called police on Democratic Senator Jeff Merkley for trying to enter the facility, where detained immigrant children are held, is being paid as much as $770,860 a year.”

“Child detainees at the South Texas Family Residential Center in Dilley told stories of Customs and Border Protection officers at other facilities kicking and hitting them, social workers declaring they were to be adopted by American families, and being forced to sweep floors in the shelters they were staying in.”

“Sessions focused on narrowing the avenues available to migrant women who were battered or sexually assaulted.”

“One plan the White House reportedly is considering would allow no more than 25,000 refugees to be resettled in the U.S., representing a cut of more than 40 percent from this year’s limit.”

“Data disclosed in Securities and Exchange Commission filings shows the executives, who often receive most of their compensation in stock, have been profiting handsomely by selling shares since Trump signed the law on Dec. 22 and slashed corporate tax rates to 21 percent.”

“Over the past 12 months, piddling wage gains — combined with modest inflation — have left the vast majority of our nation’s laborers with lower real hourly earnings than they had in May 2017.” 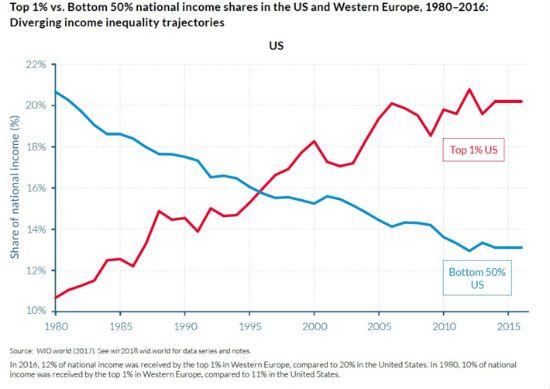 “The yacht, called the SeaQuest, is one of 10 yachts owned by the DeVos family.”

“On November 15, 2017, Gaby received a letter informing her that she, like the 56 other families that lived in the village, were to be evicted.”

“Public Citizen found that in 11 of 12 federal agencies, penalties against corporate violators dropped by at least 50 percent under the oversight of Trump-appointed officials.”

“The Trump administration is looking into lifting sanctions against a major Russian aluminum company founded by one of Vladimir Putin’s closest allies.”

“The Trump phenomenon may portend the total collapse of American evangelicalism, which for me would be sad, but not the saddest thing.”

“Over the last few decades, religion in law has been reduced to the attitudes of sincere persons described as devout about sex.” 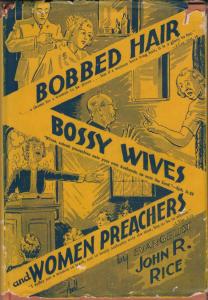 “Some prominent members of the anti-vaccine movement — spreading misinformation about the alleged dangers of vaccines — have close ties to groups that oppose abortion rights.”

“One of the coalition’s co-founders, Bogdan Stanciu, heads the anti-abortion group Pro Vita in Romania, which runs the coalition’s donations account. Stanciu was the administrator of the Romanian Altermedia, a consortium of white nationalist newsletters, websites and radio stations affiliated with white supremacist and former Ku Klux Klan Grand Wizard David Duke.”

“Now, with white supremacist extremism on the rise, those medievalist influences are leaking into the real world, from allegations of neo-Nazism in the LARPing community and the professional sword-fighting realm, to Renaissance Faire-loving bombers and fascist cults who encourage recruits to read Lord of the Rings.”

“A Republican state representative in Arizona … lamented that ‘there aren’t enough white kids to go around’ in public schools in the state.”

“What may be most remarkable about … Abbott v. Perez, however, is Justice Neil Gorsuch’s effort to position himself as a fierce opponent of the Voting Rights Act.”

“This is a flatly neoconfederate Court, refusing to enforce the Reconstruction Amendments to stop racial discrimination but willing to use them to stop integration. ”

“A recent report from the Brennan Center for Justice found that between 2014 and 2016 states purged almost 16 million voters from the rolls, four million more voters than removed from 2006 to 2008.”

“As the judge put it, ‘the court finds no credible evidence that a substantial number of non-citizens registered to vote‘ even under the previous law, which Kobach had claimed was weak.”

“You know if you go out and you want to buy groceries you need a picture on a card. You need ID.”

July 31, 2018
When we flinch at empathy, it curdles into fear and resentment
Next Post