The starkest example of this at the moment is far-right former intellectual Eric Metaxas, who first gained fame as the author of a popular autobiography of Bonhoeffer. That’s a joke — sort of. Metaxas’ book was a biography, not an autobiography, but the major theme of it was the author’s indulgent, self-flattering identification with the subject’s heroism. It’s subtitle could’ve been “I’m Bonhoeffer And You Can Be Too (Ask Me How).”

The answer, it turns out, is by embracing without question the entire Trumpian agenda under cover of doing absolutely anything in order to appoint the kind of conservative judges who would criminalize abortion. (By some strange coincidence, that kind of judge always also — unanimously and uniformly — turns out to be fiercely opposed to any laws limiting the power of money to do whatever it wants, and to favor restrictions on the civil and voting rights of non-white and non-moneyed people. Weird how that works.)

Today, Metaxas is almost a cartoon version of the “court evangelical” — an obsequious toady cheering and defending every sneer and sneeze from the president he insists was ordained by God. The man who launched his career by announcing that he was Bonhoeffer has turned out to be the Benjamin Button version of Niemöller, living the sadder, less heroic pastor’s life step-by-step in reverse.

The trajectory of that last sentence is not ironic. It’s causal.

So who are these people, Bonhoeffer and Niemöller? Well, Dietrich Bonhoeffer was a liberal German theologian whose faith was shaped here in America by his time with the black church. Very early on, he recognized what he was seeing in the rise of the Nazis and strongly, steadfastly condemned it. And Martin Niemöller? Well, he didn’t. Not until it was far, far too late.

That’s what he’s famous for. We remember his name because of his eloquent confession of the gravest moral failing imaginable:

And, yes, he voted for the Nazis. Twice.

Matthew D. Hockenos has written a new biography of Niemöller, Then They Came For Me. The Christian Century has published an essay Hockenos adapted from that work “Martin Niemöller before the Nazis finally came for him.”

It’s a challenging, but rewarding essay because Hockenos understands that if we flatter ourselves by pretending we’re Bonhoeffer, we’ll  probably wind up acting like Niemöller. But if we can face up to the fact that we’re all much more like Niemöller, then we’ve got a chance to turn out more like the other one.

Hockenos sets the stage by explaining how Niemöller was essentially a part of his country’s religious right — the sanctimonious faction of those who regarded themselves as politically conservative and theologically conservative, and unconcerned with any way those two things might not be the same.

Ordained a Lutheran pastor in 1924, he remained an archconservative during Germany’s short-lived liberal republic, the so-called Weimar Republic, casting his ballot for the Nazis in 1924 and again in 1933. He uttered not a word when the Gestapo arrested communists, socialists, and Jews — and not because he possessed a timid demeanor. He was silent because he believed that these groups were disloyal to Germany and anti-Christian.

Niemöller was slow in comprehending that it was Hitler himself and the Nazi worldview that were the real threat to Christianity, and ultimately Germany. Throughout the course of 1933 it gradually became clearer that Hitler was not the advocate for a conservative Protestant Germany that Niemöller had hoped for. His growing opposition to Hitler’s church policy during the mid-1930s, however, did not include active opposition to the führer’s racial or foreign policies.

… Niemöller made no secret of his support for the Nazis, although he never campaigned from the pulpit for Hitler. Niemöller initially saw no contradiction in calling on his flock to follow a merciful God while at the same time backing the Nazi leader who demanded absolute political loyalty to his racist worldview. German Protestants, Niemöller believed, could and should do both. After all, during the centuries of monarchy, they had long revered the alliance of throne and altar. It wasn’t a great leap from there to the alliance of the Nazi Party and the Protestant Church.

When Hindenburg, bowing to pressure, appointed Hitler chancellor on January 30, 1933, Niemöller responded enthusiastically. … Niemöller was a 41-year-old father of six with two decades of professional experience when he applauded Hitler’s ascension to power. He was a middle-aged man who had read Mein Kampf and knew very well what Hitler stood for. And even after he watched Hitler abolish the national parliament, ban political parties and trade unions, and persecute his opponents, Niemöller refused to distance himself from radical nationalism and anti-Semitism.

Slowly, Niemöller developed theological and ecclesiological qualms about the Nazi agenda he had enabled and welcomed. He eventually, belatedly, joined with folks like Bonhoeffer and began preaching against the Nazis’ attempts to strip the rights of conservative Protestants like himself. That got him thrown into a concentration camp in 1937. He survived.

“Once the legend is stripped away, Niemöller necessarily disappoints us,” Hockenos writes. Perhaps that’s not surprising for a man best remembered for candidly admitting that “I did not speak out.” But Hockenos still wants us to learn from Niemöller. He has a great deal to teach us not because he was an exceptionally virtuous and heroic person, but because he was not.

Most of us are not exceptionally virtuous and heroic. Recognizing that is the first step in learning to become better, learning to speak out on behalf of others before it is too late for them or for us.

Perhaps then we’ll be able to leave the world something more than an eloquent confession about how we failed to do what was needed.

See earlier: “We would have taken part with them.”

September 25, 2018
Not everyone can carry the weight of the world
Next Post 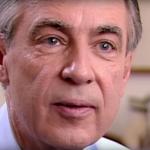