The shape of Brett Kavanaugh’s lies

I was a bit too cautiously tactful and polite in Monday’s post, nodding in the direction of parallels between the accusations facing Supreme Court nominee Brett Kavanaugh and the horrific details of the 2006 assault chronicled by Elizabeth Bruenig in her remarkable report for the Washington Post. I wrote indirectly of things that needed to be said directly, with all the bluntness and indelicacy I was trying to avoid because the whole subject is just too gross and hurtful and lurid.

This is a common pitfall for anyone trying to report or comment on stories like these. “The press” is often criticized for delighting in lurid, salacious details, but more often the problem errs in the opposite direction — toward euphemism and an overly delicate, sideways reference to those lurid details. That can be misleading as it tends to minimize the stark ugliness of what is said to have occurred, sometimes minimizing it to the point of misrepresentation.

And that is the point here — that in all of these allegations, there is always someone else in the room. Just as there was in that Arlington, Texas, shed where something all too similar happened in 2006.

Rather than saying that Kavanaugh stands accused of three sexual assaults, it would be more accurate to say that he has been accused of participating in three assaults. Every one of them was a group activity.

That is the common thread in all three allegations — a pattern that seems to corroborate itself with every iteration.

Several pundits — Ross Douthat, among others — have dismissed or minimized the importance of those lies, characterizing them as minor exaggerations due to Kavanaugh’s overzealous indignation at being falsely accused. I’m not sure than any lie ought to be considered minor when it is made under oath, but set that aside for now. The key point here is that Kavanaugh’s lies can only be considered minor if they are shapeless.

And they are not shapeless. 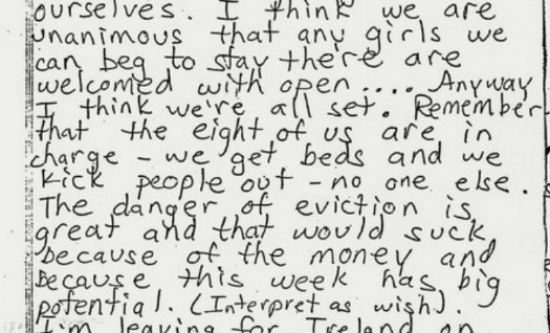 The shape of all those lies together is not difficult to see. Kavanaugh’s denials expose the specific shape of what he is denying like a cloth draped over a statue. 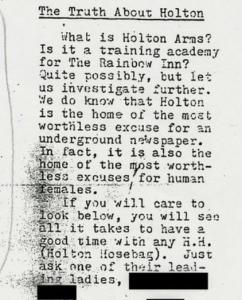 And it’s a horribly familiar shape. We recognize it. We’ve seen it before, too many times to count. We saw it in Steubenville, in Glen Ridge, in Saratoga, in Torrington. We saw it at Trinity High School — Louisville’s version of Georgetown Prep. It is the shape Gibby Haynes described as “the ever-present football player rapist.” It seems like every town big enough to have its own McDonald’s has one.

Except there’s never just one. Because this species always hunts in packs. The activity is, for these guys, a form of male bonding. The bond this forms and expresses is, for them, the most important thing. “Bros before hoes.” The girls they join together — always together — to prey on and to humiliate are incidental, interchangeable, forgettable and soon forgotten.

These packs of bros have a distinct language and it hasn’t changed much since the 1980s. It’s a stream of in-jokes and bawdy insults in which they rally one another and declare their loyalty to each other almost always by demeaning women. This is why all of their high school yearbook entries sound the same.

The litany of cruel, predatory, and criminal behavior referenced in such entries may not be a literal record of the bros’ actual history. It may only be a collection of empty boasts and fantasies that they have desperately hoped and aspired to fulfill some day.

One might argue that this was the case for Brett Kavanaugh. Perhaps as an immature high-school student and then as an immature Ivy League college student, he fantasized and aspired to treat women as horribly and inhumanly as the role models he seemed to be emulating from dozens of raunchy ’80s sex comedies. Perhaps for all of their talk, Kavanaugh and his bros never acted on those fantasies, and eventually grew out of them.

But that argument ignores or completely discredits the fact that three separate women have all now come forward with differing allegations that Kavanaugh and his bros did, indeed, act on and act out those fantasies. The details of the scenarios described by these women vary, but each is consistent with the character and aspirations described by Kavanaugh himself in descriptions that were not publicly known until after those women came forward.

The images here come from today’s New York Times report by Kate Kelly and David Enrich, “Kavanaugh’s 1983 Letter Offers Inside Look at High School Clique.” The first pic is from a letter Kavanaugh wrote to seven of his bros making final arrangements for their beach week rental. The second is from a student-written “underground newspaper” or gossip sheet that Kavanaugh’s best buddy Mark Judge helped produce.

Kelly and Enrich focus on the overwhelming evidence of Kavanaugh’s high school drinking, which is newsworthy due to the judge’s repeated blanket denials — under oath — that he ever engaged in this sort of behavior as a teenager:

Recent interviews with more than a dozen classmates and friends from that time depict Judge Kavanaugh as a member of a small clique of football players who dominated Georgetown Prep’s work-hard, play-hard culture. His circle celebrated a culture of heavy drinking, even by the standards of that era.

… Parties, in the backyards of classmates’ suburban homes when their parents were away, would often attract hundreds of students from nearby private schools, his classmates recall. Five or 10 kegs would be procured and, if all went as planned, drained by the end of the night.

One night during his senior year, according to classmates who witnessed it, Judge Kavanaugh triumphantly hoisted an empty beer keg above his head, in recognition that he and his friends were well on their way to reaching their goal of polishing off 100 kegs during the academic year — an achievement they later boasted about in their yearbook.

But again, the key thing here is not that Kavanaugh’s blanket denials were false. The key thing here is the shape that can be discerned beneath the blanket. We know that shape. Or, at least, we ought to know it by now. We’ve seen its ever-present form so many times in so many places.