Today is the 68th birthday of Martha Davis, lead singer of the Motels:

It’s also the 398th birthday of Jean-Baptiste Poquelin, better known as Molière. He wrote more than 36 plays, including many that are still being produced and performed today because they’re still good and moving and funny. If you get a chance to see one, go see it. You’re welcome.

Today is a national holiday in Malawi. It’s John Chilembwe Day. Chilembwe was a Baptist minister who led and died in a failed uprising against colonial rule in 1915. Details of that uprising are hard to sort out, mainly because it was crushed so thoroughly that most descriptions of it are so hostile as to be untrustworthy. History, as they say, is written by the victors, and colonial powers generally weren’t interested in recording charitably even-handed descriptions of would-be independence movements.

A half-century later, though, Chilembwe’s memory became a symbol of Malawi’s at-long-last independence. His birthday is a national holiday and his image adorns the country’s currency. 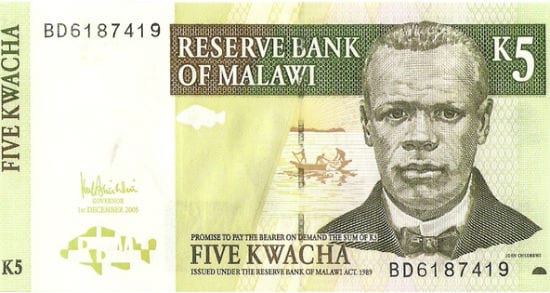 January 15 is also, of course, the birthday of another, more famous Baptist minister and would-be revolutionary, Martin Luther King Jr. It’s instructive, I think, to consider to what extent King was a successful revolutionary and to what extent he was, like Chilembwe, a leader who was killed and whose movement was snuffed out by the colonizing powers he challenged. The most optimistic answer there, I suppose, is that it’s still too soon to tell.

We’ll get back to Martin Luther King Jr. on Monday — the day we officially celebrate his holiday here in America by reciting select quotes surgically incised from their context in a speech that would, for the most part, terrify and enrage most of the people piously repeating those few carefully chosen lines. (See: “The promissory note” and “The promissory note first, then you can talk about the dream.”)

From that latter post, here again is my advice in preparation for Monday’s holiday:

Don’t let anybody talk about King’s “dream” unless they’re willing, first, to talk about making good on the unpaid promissory note.

“I have a dr–” Promissory note.

“One day on the red hills of–” Promissory note.

January 16, 2020 We get smaller and smaller with each passing year
Recent Comments
0 | Leave a Comment
Browse Our Archives
Follow Us!