Over at Religion News Service, Bob Smietana ponders what has become of Eric Metaxas, “Christian radio host, tells Trump, ‘Jesus is with us in this fight.’”

The subhed gives a good idea of the tone of the piece: “In recent weeks, Metaxas has tweeted out repeated claims of election fraud along with sales announcements for his ‘Donald the Caveman’ books.” In other words, Smietana tactfully considers the question of whether Metaxas has genuinely gone full-gonzo conspiracist bonkers or if he’s just trying to cash in on the lucrative market of selling lies to Trump fans. 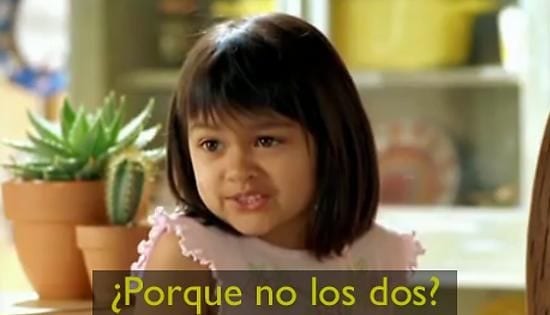 While Smietana provides a good summary of Eric Metaxas’ accelerating downward spiral and the increasing concern it has raised among his former friends and admirers, he fails to solve the mystery here because he sees it as mysterious. And it’s not.

The fact is that Eric Metaxas has become a Very Silly Man because Eric Metaxas has long chosen to be a Very Silly Man. His descent from a widely respected “leading evangelical public intellectual” to a raving AM-radio loon is only difficult to understand if you accept the dubious premise that his previous intellectual reputation (in select circles) was merited — the premise that he has not always been an increasingly strident raving AM-radio loon.

We don’t need to wonder “what has become of Eric Metaxas?” or wring our hands lamenting “O, what a noble mind is here o’erthrown!” This is who he’s been for years now. Or, at best, who he’s been steadily becoming. That has been obvious at least since his ugly culture-war white Christian nationalist attack on President Obama at the National Prayer Breakfast in 2012. That was pure Satanic baby-killerism, so why should it be mystifying that Metaxas is now up to his ears in Q-Anonsense?

Or just consider what Smietana cites as the “intellectual” rationalization Metaxas provided for his enthusiastic support for Trumpism: “He came to see ‘cultural Marxism’ as a great threat to American liberty and Trump as a bulwark against it.”

Cultural Marxism is in quotes there because it’s verbatim and because it’s jargon. Specifically, it’s right-wing, white-supremacist, antisemitic jargon for a conspiracy theory straight out of the Protocols of the Elders. It’s not a school of thought or an ideology that exists on its own. It is a thing that is referenced only by those who, like Metaxas, denounce it as a grave threat to next to of course god america i love you land of the pilgrims’ and so forth. When Metaxas et. al. declare their opposition to “cultural Marxism,” what they’re actually doing is asserting their belief in the existence of a vast, murky conspiracy aligned against the 14 words. It means nothing but that. It provides no information other than that.

Thus when Eric Metaxas speaks of the threat of “cultural Marxism” he provides the listener with a binary choice: Accept the premise of a global conspiracy of globalists arrayed against the interests of superior white Christianists and declare your affinity with Christianist white supremacism, or reject that premise and be forced to conclude that Eric Metaxas is a Very Silly Man.

Once you’ve been forced to reach that latter conclusion, there shouldn’t be any mystery about a Very Silly Man spouting off Very Silly things. Once you’ve heard him pledge his allegiance to Folly, the only way he should be able to surprise or mystify you would be if he did something that wasn’t governed by Folly.

“Folly is a more dangerous enemy to the good than evil,” the theologian Dietrich Bonhoeffer wrote in a 1943 essay that could serve as a kind of biography of Eric Metaxas composed 57 years before Metaxas returned the favor by publishing his own biography of Bonhoeffer. That book, and his earlier biography of Wilberforce, were the works that first established Metaxas’ reputation as an “evangelical public intellectual.” Well, that and the fact that he went to Yale — which Smietana and others mention as evidence that Metaxas can’t really be dumb enough to believe the wild nonsense he’s been spreading on his radio show.

And, yes, Metaxas is apparently pretty “smart” (whatever that means). But as Bonhoeffer said, folly:

… is a moral rather than an intellectual defect. There are people who are mentally agile but foolish, and people who are mentally slow but very far from foolish — a discovery that we make to our surprise as a result of particular situations. We thus get the impression that folly is likely to be, not a congenital defect, but one that is acquired in certain circumstances where people make fools of themselves or allow others to make fools of them.

“Mental agility” may be congenital, but folly is a choice.

The first hints that it was a choice Eric Metaxas was making could be found in those popular biographies of Bonhoeffer and Wilberforce. There was a oddly self-congratulatory note in those books. Their subjects were rightly celebrated as heroes, but in a way that flattered the reader into seeing themselves as the moral equivalent of those heroes — or, more dramatically, as their moral heirs who were now eclipsing and surpassing them in courage and righteousness. After all, Wilberforce and Bonhoeffer merely opposed slavery and Nazism, but you and I, Good Reader, we oppose Satanic baby-killers, which are far worse, thereby making us far better.

I wrote about this two years ago, discussing Eric Metaxas as a once-living Warning Sign against the choice of Folly: “The surest way to become a monster is to imagine you’re a hero.” The title of this post is a line from that one, describing the obvious trajectory Metaxas had chosen for himself even long before 2018.

Follow the clear path of that trajectory and it’s not at all surprising to find him today preaching sedition and racist conspiracism in between sales pitches for his authoritarian personality-cult children’s books.