Maybe it’s much too early in the game

• “‘Vote Christian’: Churches become key in getting voters to the polls in Georgia Senate runoff”

This CNN story is full of euphemisms — “values,” “faith,” “conservative” (see below) — but the subtext is screaming. It’s all about white nationalism dressed in the slightly more respectable costume of “Vote Christian” nationalism.

“I always vote for the candidate who most aligns with my Christian faith. In this runoff especially, I’m voting for the candidates who are pro-life,” said Allison Yates. Those candidates with anti-abortion rights stances, she added, are Republican incumbent Sens. David Perdue and Kelly Loeffler. 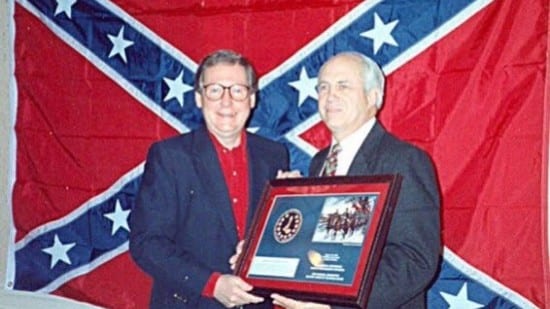 And that’s not just true of the particularly odious and extravagantly corrupt “pro-life” candidates running as the White Party’s candidates in this run-off. By some wild coincidence, that just so happens to be true of every “pro-life” candidate that Yates and the rest of the Jonahs at her vicious little church have always supported in every election as the bedrock cornerstone of their “faith.”

Rebranding white supremacy as “pro-life” worked for a few years, but it’s fooling fewer and fewer people these days.

“By their fruits ye shall know them” is a biblical value. Pretending that this toxic fruit doesn’t tell us anything knowable is not just unbiblical, it’s a foolish lie.

• The problem with staking out an identity as a “staunch conservative” is that conservatism is a one-way ratchet. To declare oneself to be “conservative” entails being more conservative than others, lest those others present themselves as the Real, True Conservatives and thereby paint you as a poser — as someone who, compared to them, is relatively liberal.

And, yes, that implies that there’s something relativistic about claims of “conservative” morality or theology or politics. The thing being conserved is not some absolute external standard. What is being conserved, rather, is the self-proclaimed conservative’s reputation in comparison to others. (Reactionaries react, it’s right there in the name.)

This creates a precarious situation for anyone who wants to base their identity or sense of meaning in thinking of themselves as a Real, True Conservative. It means you’ve got to watch your back and vigilantly guard against anyone sneaking around to your right to stake out some territory even more extremely “conservative” than your own. It means you have to strive to become some Anselmian ideal of the Real, True Conservative — a being than which no more “conservative” can be conceived.

This is why we read sentences like this: “Father Sergiy has been the most visible and outspoken of a few ultra-conservative clerics who have challenged the leadership of the Russian Orthodox Church.” That’s from this wild, disturbing story, about the recent arrest of this bonkers cross between Rasputin and Alex Jones.

Father Sergiy declares his theology to be “conservative,” but that’s not accurate. It’s not accurate for most clerics or theologians who make that declaration. Father Sergiy, like Al Mohler or Ken Ham, provides a good illustration of why it’s clarifying to distinguish between “conservative” theologies and those that are merely right-wing.

• The title of this post comes from Frank Loesser’s American songbook classic “What Are You Doing New Year’s Eve?” which gets a lot of airplay during this week after Christmas when it very clearly shouldn’t.

I heard it yesterday — on December 28, a date by which the song’s plea would be more insulting than endearing. This is a song that should be sung in January. And in February and March and April and on through the year up until maybe October at the latest. But not in November and December — that’s far too late. The point here is that the singer is so hopelessly in love that they’re unable to think of the future — even the distant future — without imagining their beloved as its centerpiece.

The song is particularly inappropriate this December, because on New Year’s Eve 2020 there shouldn’t be thousands of invitations to parties and the only responsible answer to the song’s question should be “I’m staying home because I do not have a reckless deathwish or a sociopathic disregard for the safety of others.”

But as vaccines begin to arrive, we can maybe begin to have hope for next year’s New Year’s Eve. In that spirit, I’d encourage everyone to play or sing this song next week and in the weeks and months thereafter, when we can hear it or sing it in hope.

Just don’t skip the intro. Looking ahead, “Will I be with you or will I be among the missing?” is gonna land a little differently than it did the first time you heard this.