Ain’t knowing where I been or where I came

• Mark Wingfield takes a long, deep dive for Baptist News on “What to do if you unearth a history of slavery in your church, college or institution.”

The many stories he tells there sent me searching for a post here from a little while back (18 years back, it turns out) about the very different reactions of two pastors to learning that the church I grew up in had signed racist “restrictive covenants” when it purchased its property in the 1920s. One pastor grew angrily defensive, lashing out against the facts of our history as though he were being personally accused. The second pastor grew sad and thoughtful, saying it made him wonder “what we’re doing today that will cause Christians to look back decades from now and ask ‘How could they have done this? How could they have thought this was right?'” 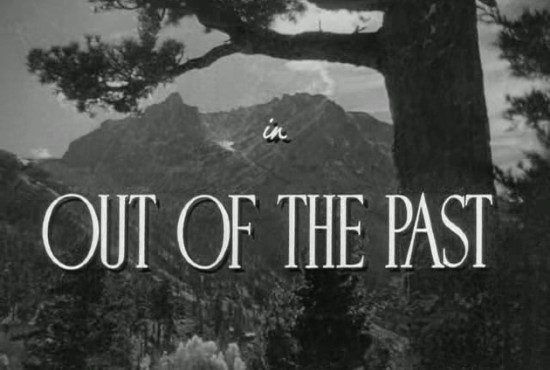 Pride puts the focus on guilt, and leads us to reject it. Humility and love put the focus on responsibility and lead us to embrace it. Wingfield’s survey of institutions grappling with their histories could be mapped onto a spectrum ranging from pride/guilt to humility/responsibility.

It’s a long piece, and not everybody’s going to read all the way through to my favorite parts, involving Dr. Valerie Cooper of Duke Divinity, so let me quote some of that here so you don’t miss it:

“It’s clear that the biblical text (Luke 19:1-10) mandates what we would call reparations,” she said. “When Jesus calls Zacchaeus out for everything he has stolen as a tax collector, Zacchaeus proposes to make financial restitution. Matthew’s Gospel (Matthew 5:23-24) says if you get to the altar and realize your brother has something against you — not that you have something against your brother — go and make it right.”

This is different from the theology of American individualism, which “tends to emphasize our relationship with God and neglect the part Jesus preached about, our relationship to our brother,” Cooper said. “Reparations is what you do to make your community whole. It’s the work of Zacchaeus. Not to win heaven, but to win earth.”

And for evangelicals who are concerned about winning the world to faith in Christ, reparations ought to be a good incentive, the professor continued. “Right now, Christianity is not doing a particularly good job of recommending God to the world. Wouldn’t you like us to do better?”

Instead of owning up to the history and repercussions of racism, “white America is saying, ‘We’re not racist!’ as though saying it louder makes it true.”

Revival in America will not happen without addressing racism and slavery, Cooper asserted. “If you look at the history of American revivalism, they were all times when everybody was welcome. It is my opinion that God doesn’t send the Holy Ghost to where all people are not welcome.”

• I like how Wonkette’s Robyn Pennacchia responds to the white Christian nationalism of folks like David Barton, Ted Cruz, Hobby Lobby, and John McNaughton:

For people who are very fond of both the Founding Fathers and the Bible, they must think those dudes were beyond incompetent. I mean, they spent months hashing out the Constitution, right? Going into great detail about how the country should function and what the government’s role was? And that was just the first part, not including any of the Amendments, which they also spent months hashing out.

We are to believe, as per Hobby Lobby, that these incredibly devout men who definitely wanted the United States to be a theocracy, to be governed by the Bible, for all citizenry to be Christian or at least required to behave as if they are, just left that shit out? They just figured it would be implied, despite the fact that they started out the First Amendment with the words “Congress shall make no law respecting an establishment of religion …”

If they are that incompetent, then why should we listen to anything they had to say? Really. Who the hell establishes a theocratic government without telling anyone about it or even bothering to put that in writing?

• “Bound to Respect.” Jonathan White writes about “How Black and White Reformers Transformed the Meaning of the Dred Scott Decision’s Most Infamous Line.”

Here again I lament that the adjective “Pentecostal” has been usurped to the extent that it is no longer available for use to describe the sweeping universal inclusiveness of Pentecost that resounds throughout the first half of the book of Acts. That sense of that word — Pentecostal — would be the best way to describe the general reaction to and reaction against Justice Taney’s claim. It resonated in 19th-century American ears, White argues, in contrast to the Apostle Peter’s words in the King James translation of Acts 10, “God is no respecter of persons.” That was broadly understood to mean what it says in the more recent NIV: “God does not show favoritism.”

Americans of the 19th century knew the words of the Apostle Peter by heart—so much so that they paraphrased it in their ordinary language. One soldier, for example, wrote that lice and mosquitoes were “no respecter of persons.” Slaves and their abolitionist allies had, in fact, long looked to this passage as a source of hope. In 1837, the soon-to-be-martyred Elijah P. Lovejoy told a mob of pro-slavery Illinoisans, “For remember the Judge of that day [God on Judgment Day] is no respecter of person.” In 1843, Reverend Henry Highland Garnet quoted Acts chapter 10 in his oration “An Address to the Slaves of the United States of America,” as did Frederick Douglass in his famous speech “What to the Slave Is the Fourth of July?” when he argued that proslavery theology “makes God a respecter of persons, denies his fatherhood of the race, and tramples in the dust the great truth of the brotherhood of man.” Likewise, John Brown quoted the verse in his address to the Virginia court that convicted him of treason in 1859. It is little wonder that abolitionists, white and Black, took particular note of Taney’s remarkable language.

We’ve discussed Acts 10 quite a bit here. It still says what it says, even if the modern-day Taneys refuse to accept that.

• The title for this post comes from the personal testimony of Mr. Waylon Payne: