… This is theologically rich stuff, if you’re into that. And, yes, part of why I’m quoting this here is just to say a big “Amen!” to Hart’s theological reflection.

But my main point here is not to affirm this theology or to attempt to persuade you that it is true (although it is!). My main point here is a bit more immediate and practical. It’s also completely secular. It has to do with your neighbors and your fellow citizens, and what they believe, and thus why they do the things they do.

Because millions of American Christians imagine that God’s power is, as Hart says, just “imperial power on steroids,” and they think of the Jesus they follow as a kind of “super-sized Caesar.” 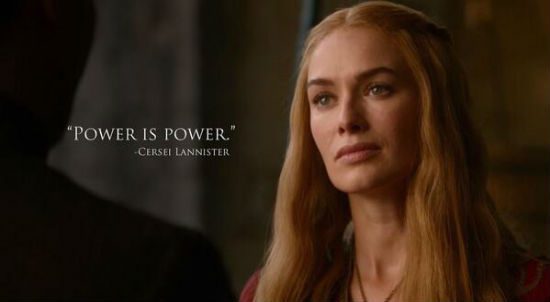 We’ve discussed this quite a bit in our journeys through the Left Behind series, with its portrayal of a warlike, imperial, vengeful Turbo Jesus. In Tim LaHaye’s theology, God is not revealed in the lowly birth, life, and crucifixion of Jesus. That whole thing was a kind of mistake. That’s why the Second Coming is so important for LaHaye — it’s how God will correct the failure of Jesus’ first coming. And how will that happen? Jesus will come back just exactly like Caesar, but bigger and stronger and meaner and deadlier. He’ll kill all the bad people and then judge them from a big imperial throne. And then he’ll kill all the bad people again, perpetually, forever. (The Turbo Jesus of Left Behind is, as we’ve often noted, a monster.)

Those books had millions of readers and devotees, but millions of other American Christians who’ve never read them still have an idea of Jesus and of divine power that looks a lot more like LaHaye’s Turbo Jesus than like Hart’s “crucified liberator from Galilee.”

August 23, 2022 Postcards from the class & culture wars (8.23.22)
Recent Comments
0 | Leave a Comment
"When I was at summer camp, I accidentally slid off the edge of a cliff, ..."
Jim Roberts 12/8 Flashback: Synonyms
"What a drama queen.https://uploads.disquscdn.c..."
Matri 12/8 Flashback: Synonyms
"So, restore ALL of the local/regional monarchies, the Free Cities, and revert all the public ..."
Eeyore 12/7 Flashback: The base
"The political “divide” is relatively simple. Republicans want to keep white men at the center ..."
Carstonio 12/7 Flashback: The base
Browse Our Archives
Related posts from slacktivist