I have never been to a Values Voter Summit, but I’ve been to its predecessor.

The Christian Coalition’s annual “Road to Victory” conferences occupied this environmental niche in right-wing American politics back in the 1990s. Like the VVS today, it was an obligatory roll-call appearance for any Republican politician with national aspirations. They shared a podium for three days with a who’s who of AM talk radio stars and the sorts of cable TV pundits who would soon find a permanent home on Fox News.

So, basically, it was the religious right’s version of Woodstock.

I attended the 1995 Road to Victory conference to write about it for an evangelical magazine. Being there with a press pass meant sitting in the bullpen section reserved with big signs marked “Media,” which wasn’t the most hospitable place, given that every other speaker drew angry applause by railing against the evil, liberal, America-hating “media.”

So after too many hours cooped up in that Dupont Circle hotel in Washington, DC, I needed to go for a walk to clear my head. Take a couple laps around the block maybe.

The hotel was still only a few hundred yards behind me when I turned the corner and encountered something fabulous. 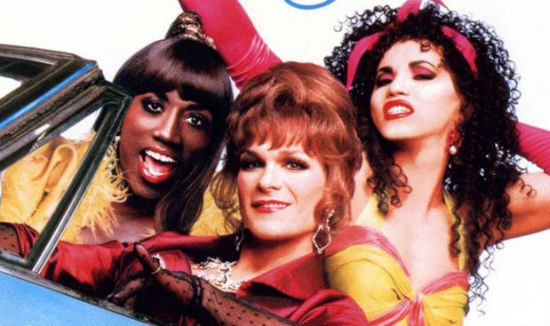 There was a movie theater. And there was a line of movie-goers that stretched all the way down the block.

But this wasn’t just any movie and this wasn’t just any line. It was opening night for To Wong Foo Thanks for Everything, Julie Newmar. Swayze, Snipes and Leguizamo in drag. And this was Dupont Circle — the heart of the gayborhood in our nation’s capital. There were hundreds of people in that line and they were all dressed to slay.

After two days trapped with the angriest people in America in a cauldron of resentment, I had stumbled across a small parade of the most exuberantly joyful folks you could ever hope to meet. It was just about the perfect change of pace.

So of course I introduced myself, explaining that I was a writer for an evangelical magazine covering a religious right conference just up the street and collecting some quotes I was pretty sure I’d never be allowed to use in an article.

But then we just got to talking. We started musing about the possibilities and potentialities and opportunities that fate or providence had sent our way. Here we had a few hundred fabulous men in spectacular outfits, raring to sink their teeth into a Friday night. And just a few short blocks away, in a nearby hotel, the entire religious right was just sitting there.

What if we all just … went for a walk?

It was impossible not to at least think about it. I mean the whole gang was there in that hotel — Pat Robertson, Ralph Reed, Bill Bennett, Gingrich, Schlafly, Huckabee, Buchanan, Colson, Robert Bork. Just imagine their faces.

I stood there for a moment with a small circle of Vidas and Chi-Chis and Noxeemas, silently smiling as we considered this. But then, alas, practical considerations and prudential concerns quickly arose to dispel this pleasant fantasy. “We might get arrested and I am not dressed for jail.” “The movie starts in 20 minutes.” “Not in these shoes, honey.” All valid concerns. It was a beautiful idea, but a risky one, and I wasn’t inclined to press my new friends to incur such a risk. If only we’d had more time to plan.

They invited me to join them for the movie, but sadly I had to decline. I had to hike back to the hotel, get back to work.

“Give Bob Dole a big kiss for me!” someone shouted in parting as I headed back up the hill to where the Road to Victory was still joylessly slithering along.

I sighed and snuck back inside without interrupting.