I stand with Mike Brown.

On Saturday afternoon, an unarmed African-American man, Mike Brown, was shot and killed by police officers in Ferguson, Missouri.

I have written here before about lament being our first response to shooting tragedies, and I grieve for the family and friends of Mike Brown.

Given the facts as we currently know them:

2) Mike Brown was the sole target of the police action

there was no reason for him to be shoot multiple times, or to be killed.  This is police brutality, plain and simple. Many of us here at Englewood have seen police brutality here in our urban neighborhood, as well as the sorts of dehumanizing language directed at racial or criminal groups that fosters brutality.

I feel the rage of the protestors who have taken to the streets in Ferguson. Looting and destruction of property is not justified, of course, but the crowds in the street are a pointed reminder that police brutality has gone way too far.  Wikipedia documents seventeen victims killed by police in the US in August 2014 alone! (According to their count, there have been over 130 police killings here in 2014, and from a survey of their sources, most of them apparently seem to be men of racial or ethnic minorities).  Can we please say that police violence has reached an epidemic state?

Where are our police learning this brutality?

Why are so many lives being taken?

Are officers being trained to shoot to kill when threatened, instead of to impede?

It’s bad enough that we imprison approximately 1 in 3 African-American men, but police killings with no trial or margin for error, are out of control and must be stopped!

Mike Brown’s story stands as a powerful witness that police violence is out of control.  I grieve that his life was lost; it should not have been, but let us make sure that his life was not lost in vain.  Churches — and not just Black churches, but ALL churches — need to stand up with Mike Brown, with his family and nonviolently protest the madness of police violence. It was Ferguson, Missouri this time, but it could be your neighborhood or mine tomorrow, and unless something changes, it will be our neighborhoods eventually. This is a justice issue.

As Willie Jennings has argued, the Church has been complicit in cultivating the racialized experience as we know it in Western Culture today. We also have been complicit in a culture that revels in violence.  These two realities of race and violence are embodied in the shooting of Mike Brown, and we, as Christians, are not innocent.

I stand with Mike Brown.

There are short term things that must be done — legally, politically — to quell police brutality, but for lasting healing, churches must deal with our messy sins of injustice related to race and violence.  Churches have made this mess, and now it’s time for us to repent, to turn in the opposite direction and to seek healing and peace, instead of fragmentation and violence. 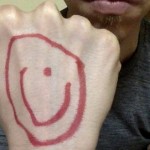 August 10, 2014
Hope for Iraq. For other conflict zones. And for the world.
Next Post 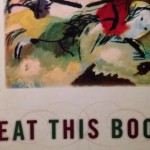