Humanism: Past, Present, and Future

Earlier this year I wrote about MLK Jr on a Christian humanism which inspired me to do this follow up post on the past, present, and future of humanism. MLK Jr’s call, in “Letters from a Birmingham Jail”, was to the Church, but specifically church leadership, in turning a blind eye to racial segregation and failing to take non-violent action. It was his view that this was the ultimate failure of actualizing the call of the Teacher; that a Christianity without a Christ-inspired humanism is simply not Christianity at all. In his words:

“In the midst of blatant injustices inflicted upon the Negro, I have watched white churchmen stand on the sideline and mouth pious irrelevancies and sanctimonious trivialities. In the midst of a mighty struggle to rid our nation of racial and economic injustice, I have heard many ministers say: ‘Those are social issues, with which the gospel has no real concern.’ And I have watched many churches commit themselves to a completely other worldly religion which makes a strange, un-Biblical distinction between body and soul, between the sacred and the secular.”

These sentiments, and MLK’s mission in general, exemplify the idea of Christian humanism that I specifically strive for. With my and Adam’s Meta project and subsequent big question events which rally around ending human trafficking – “Christian humanist” has been my calling card, while “secular humanist” has been Adam’s. At our events, these terms have peaked curiosity. Though I hate labels, I find these dead on, and they have actually prompted some interesting discussion, both on our respective views and aim of our project in general. How does one actually define humanism? What is secular humanism? Can one even be a “Christian humanist”?

The term humanism actually bears quite a bit of history, and perhaps some controversy, on the present and future rights to the nomenclature. Though often associated with naturalism and secular humanism (not all naturalists are secular humanists), the term humanism was actually coined in 1808 by theologian Friedrich Niethammer (from his book The Dispute between Philanthropinism and Humanism in the Theory of Educational Instruction of Our Time) with his insistence on a balance of both classical education/humanities (hence “humanism”) with practical and physical education. His theory of an ideal education was a middle ground between the Catholic traditionalists and the “Philanthropinists” (who wanted to discard classical and religious education for practicality and self-discovery). His “humanism” would combine the best of both worlds in a holistic enterprise of self-discovery with an appreciation of classical education which would optimize intellectual and moral development. [1]

As time progressed, the term has taken much more specific ir/religious, philosophical, and ethical connotations. In 1933, the publication of the “Humanist Manifesto” advanced the term, and the movement, in much more specific ways. A self-described endeavor of “religious humanism”, the theses represented the shared affirmations of 34 liberal theologians and philosophers who strove to update the word “religion” to the shared values of humanity and use of reason and science to achieve those ends. The old religion represented “doctrines and methods which have lost their significance and which are powerless to solve the problem of human living in the Twentieth Century”. Nevertheless, through the changing tides of religion over time, the defining characteristic and meta-narrative of “religion itself remains constant in its quest for abiding values, an inseparable feature of human life.” The present day, with “man’s larger understanding of the universe, his scientific achievements, and deeper appreciation of brotherhood, have created a situation which requires a new statement of the means and purposes of religion.” Their religion would be this much needed update to the term – an ethical striving for the betterment of humanity using a philosophical and scientific epistemology.

Fast forward to today, and the subsequent updates through Humanist Manifesto III in 2003, humanism is often understood as secular and the “religious” prefix is contested. As Fred Edwords points out in “What is Humanism?”, “religious humanism” has “largely emerged out of Ethical Culture, Unitarianism, and Universalism”. Secular humanists maintain humanism is not religious; religious humanists maintain that it is. The definition of religion, Edwords contends, separates the two. Religious humanists, definitively not “religious” in the traditional sense and may not be theistic in any sense, still see this functional way of life – communal, ceremonial, ethical upbringing only realized in a religious structure (as they so defined religion), hence they are bullish with the term “religious humanism”. [2]

As for the future, philosopher John Shook nicely summarizes humanism as the belief which “emphasizes our moral responsibilities in this life and applies human intelligence for forming ethical lives.” He also puts forward three varieties of humanism: Christian, religious, and secular which share in their practical aim but differ in their grounding,

“Christian humanism credits God for morality, for our right to take ethical responsibility, and for our possession of reason. Religious humanism puts our ethical responsibilities first, and then asks intelligence to judge religion/spirituality for its potential guidance. Secular humanism judges everything religious/spiritual as worthless and starts over from just reason.” [3]

I appreciate these definitions and distinctions as it opens up a fun philosophical deep dive into the background metaphysics and metaethics (certainly present in my and Adam’s project). Still, the practical ethic, the primacy of reason, equality, and moral responsibility, is what unites all humanists (at the forefront of my and Adam’s project). As to the future of humanism, and which one will go the distance, I also appreciate Shook’s perspective:

“By humanism’s own standard, we await to see which variety of humanism continues to make the greatest practical difference to the welfare of all life. Our ability to sustain life on this planet is now under serious question. One genetic strain of humanism might not be enough. Humanism may need all its varieties to provide a positive answer.” [4]

To that I say Amen. The type of humanism is just the background metaphysics of which the bar of humanism has no concern. How we will unite, our use of reason and science, and our ethical urgency to change the world for all of humanity is the ultimate measure. Like at MLK Jr’s protests, there were those of all creeds present marching against injustice. And like MLK and humanists before him, whether Christian, religious, or secular, the call of humanism forever beckons. And all humanists, as I penned in my last lines in Meta, can unite to fight against injustices like poverty and human trafficking. We can debate on the metaphysics (and the definition of religion) on the car ride over. 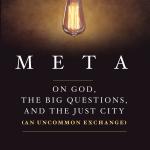 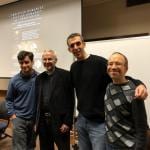