This episode features a conversation with James Franklin.

His research areas include the philosophy of mathematics and the formal sciences, the history of probability, Australian Catholic history, the parallel between ethics and mathematics (work for which he received the 2005 Eureka Prize for Research in Ethics), restraint, the quantification of rights in applied ethics, and the analysis of extreme risk. He’s authored several books including topics from one we talked about extensively on the podcast entitled An Aristotelian Realist Philosophy of Mathematics: Mathematics as the Science and Quantity of Structure, which was published in 2014.

In my study of philosophy, I remember coming across the topic of mathematical objects. What are they? Are they just useful fictions or do they reveal something deeper about reality? How and why is the language of mathematics so incredibly precise and sometimes even predictive of empirical discovery, what Eugene Wigner called the “unreasonable effectiveness of mathematics”?

In this podcast, Jim and I discuss his background and academic interests, and jump right into the incredible accuracy and even predictiveness of mathematics, and how Aristotle’s view of mathematics differs from the nominalist and Platonic views of mathematics.

Is mathematics invented or discovered? If invented, and just useful fictions, how is this language so incredibly precise and perhaps prophetic? If discovered, how do we have access to these timeless and prophetic truths – how do they relate to reality, and what does that say about reality? In this podcast, Jim and I discussed these topics, but also how they relate to morality and metaphysics in general – and the problems that a traditional materialist and skeptic faces vs. a Platonist – and how Aristotle’s metaphysics may thread the needle on a “just right” realism.

So please, enjoy the conversation between yours truly and James Franklin…

December 19, 2019
Podcast Episode 3: William Jaworski on Hylomorphism and the Big Questions
Next Post 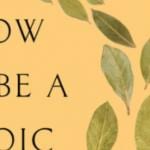 To Those Christians Who Say, "God...
The Official Blog of Benjamin L. Corey
Related posts from Soapbox Redemption