A Fresh Look at the Human Soul

Does it make sense to speak of the human soul in the postmodern world? Can a fresh new inquiry into this topic make a meaningful difference in our personal and social lives? I fervently believe so, given that so much is at stake in our time of crisis and confusion. I also sense an urgent need for such an investigation because of recent advances in neuroscience, consciousness studies, paranormal studies, depth psychology, and integral theory, which serve to make the question of selfhood all the more relevant. My inquiry into the nature of the soul is no doubt one such research effort among many, but one that is unique because it not only draws deeply from these disciplines, but also from an unusual esoteric source: The Urantia Revelation. 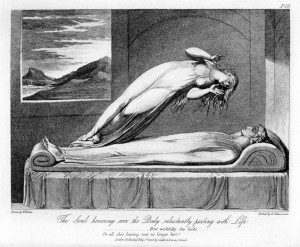 To get started with such an ambitious inquiry, we’ll need to get inquisitive. We’ll want to ask questions such as: When we speak of the soul, are we referring to our mind, our psyche, our deepest self, our true identity, or our “higher self”? Or, is the soul some sort of composite of all of these things? On the other hand, if the soul is only one part of a larger “self-system,” how do we identify and define the other parts? In other words, how would we describe our overall “human design” in relation to the human soul? And if a soul really exists and is really knowable apart from other aspects of selfhood, what is its true nature and purpose for us today—beyond the outworn and culturally bound teachings of the world’s religions?

Plus, many other crucial questions linger: For example, does this entity we call soul somehow survive death? Does it thereupon ascend to higher realms, or does it return in a new human body? Or, does it just dissolve into the “oversoul”? And finally, if the soul actually evolves somehow in response to our thoughts and actions, what practices can help us improve the soul during this life? Is there such a thing as soulful spirituality?

No doubt about it, evolutionary religions and philosophies have developed specific doctrines in their well-meaning attempts to answer such questions. Some of these teachings about the soul are profound, and some less so. But my own research makes it clear that far too much of what is written in these scriptures and argued in traditional religious philosophies is vague and inconsistent. And the result in our time seems, at least to me, rather tragic. For centuries we have remained divided and confused on the central question of the nature, purpose, and destiny of the human soul—even while the sciences, for example, have achieved great success in sharpening its basic definitions and methods and has developed a world-wide, cross-cultural consensus on its fundamental laws.

But the long legacy of the world’s wisdom traditions is not to be scorned. Innumerable saints and sages of the past have been truly inspired; many have displayed paranormal feats of body and mind and have performed miraculous healings. Along the way, they have offered teachings about self, soul, and human purposes that are sometimes so insightful and so revelatory that their followers attribute these ideas to superhuman sources. And indeed, I find it plausible that sparks of genuine revelation are contained in the evolving streams of wisdom known as Christianity, Hinduism, Islam, Buddhism, and many other systems. In fact, I believe that each of these evolving religious communities provides a container for an ongoing stream of personal revelation that is gifted upon their adepts, their prophets, and their mystics. In turn, these men and women distill their brilliant discoveries for the needs of each new generation of believers within their tradition.

According to my own research, we are being graced once again by new revelation for our time, but in this case, it’s the gift of epochal rather than personal revelation—and this teaching provides a revolutionary new picture of the human soul. The Urantia Revelation, in my view, has set in motion a futuristic new wisdom stream that is commensurate with the needs of the entire modern world, not just one wisdom tradition. As a result, The Urantia Book, a 2,097-page tome first published in 1955, will be a crucial reference to guide our discussion, but not the only one. As I have come to believe after four decades of study, the celestial authors of the Urantia text perform an unprecedented feat: they’ve architected a “co-creative” revelatory scripture that unifies science, philosophy, history, and religion. Along the way, they distill some of the best of the world’s previous ideas in these fields into a pool of knowledge that is blended with purported superhuman input to create a unified, consistent, and coherent discourse about cosmic reality, including the nature of the soul. Stay tuned to find out more about it. 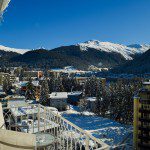 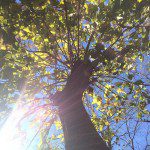 February 2, 2016 Do I Really Have to Meditate Every Day?
Browse Our Archives
get the latest from
Spirituality Itself
Sign up for our newsletter
POPULAR AT PATHEOS New Visions
1

Our Conversation with Death
Everyone who lives is called to be in conversation with Life and...
view all New Visions blogs
Copyright 2008-2020, Patheos. All rights reserved.