My personal awareness of the centrality of the soul came early in life, and by sheer happenstance. I started life as both an adventurous and awkward child—I took risks but was prone to freak accidents. I had one such accident on a hot and humid summer day at our neighborhood pool in suburban Cincinnati, and it was fate-filled. This strange event changed my life, but it took place in all of ten seconds or even less. This incident provided a rare glimpse of my immortal soul.

I was engaged in aimless play like any other kid, and thinking I was jumping into the kid’s end of the pool, I instead jumped into the deep end. I was just eight years old and not a swimmer. I had expected to gently hit the bottom of the pool, but was so startled by the unexpected depth of the water that I began to panic. Instead of four feet of water I had encountered ten feet. For a very frightful moment I was suspended underwater, frantically struggling and churning to get my bearings. Time suddenly slowed down as I entered total panic, about to give up; but before I could take a gulp of water, I was very suddenly pulled free by a vigilant lifeguard.

In the moments just previous to the rescue, I had a stark near-death experience. I saw my short life pass before me in a complete review: scenes of parents, siblings, school chums, teachers, animals, my bedroom, riding my bike—an explosion of distinct images of encounters with each important person or thing in my young world. And each scene that paraded through had an aura of truth and light around it. The feeling associated with this instantaneous experience was rapturous, despite the fact that my body was paralyzed with panic. This poem by Emily Dickinson seems to capture its essence:

Is best disclosed by Danger

As Lightning on a Landscape

Not yet suspected—but for Flash—

Looking back, I believe this sudden “Danger” gave me a “distinct connection,” as Dickenson called it. I caught a vivid glimpse of what I now believe was my youthful but immortal soul. I discovered “as Lightning” that the real me on the inside is luminous. It’s available all at once as “the whole story of me.” But it is hidden away. An unfathomable self was hidden under the surface person I had thought I was. This entity knows my life better than I do, yet it rarely reveals itself except “for Flash and Click—and Suddenness.” We’ll see a bit later that it suddenly reveals itself in “Calamity” as well—in near death experiences.

Now, fast-forward a little more than five decades. I’ve undergone a lifelong quest, like so many of us, to attain self-knowledge. And I’ve so often wondered about this special reservoir hidden inside me. Was it in fact evidence of my soul? If so, how can I gain further knowledge or revelation about this it?

Looking back, my spectacular life review at age eight led me to several insights: We carry within us our life-story-as-a-whole; it contains details of our personal experiences that are somehow cumulatively stored up within us; these stored experiences all seem to be connected to each other; and, when these memories display themselves in a life review, the experience has a profoundly numinous quality.

Near Death Experience and the Soul

Do scientists understand what poets like Emily Dickinson already know about the soul? I was amazed at first when I discovered that scientific research on NDEs (near death experiences) has gone on for decades. What’s most interesting for our inquiry is that innumerable documented NDEs include reports of a “life review,” including many accounts given by children. These stories point to the conclusion I have reached: that we carry within us an up-to-the-minute repository of the most poignant experiences of our lifetime.

The NDE field is large enough that it now includes bestselling books and major feature films. Over fifty years of research on thousands of cases of NDEs has yielded a rich set of new data that have been subject to multidisciplinary scientific scrutiny by scientists worldwide. Among many characteristics isolated by researchers is the fact that almost all experiencers report a vivid and joyful awareness of a discrete soul or selfhood that has the potential to survive the death of the body. In virtually every case, NDEers experienced the same numinous qualities that I had felt. In many cases they report the experience of a formal life review. And yet, according to premier NDE researcher Kenneth Ring, “Religious orientation was not a factor affecting either the likelihood or the depth of the near-death experience. An atheist was as likely to have one as was a devoutly religious person.”[1]

NDE reports do have variations, but the long list of shared characteristics that have now been assembled by peer-reviewed researchers and which are being reported in a myriad of conferences around the world is leading to the conclusion that the NDE is a more or less objective phenomenon. The life review phenomenon, in my view, is one of the key modalities revealing to us the nature of the soul. Here, for example, is a typical life review account provided by the well-known author and NDE experiencer Dannion Brinkley:

[A] powerful being enveloped me and I began to relive my entire life, one incident at a time. In what I call the panoramic life review I watched my life from a second person point of view. As I experienced this I was myself as well as every other person with whom I had ever interacted . . . When the panoramic life review ended, despite the many obvious mistakes I had made in my life, I experienced no retribution—no judgment and no punishment. I was the only judge presiding over my day in court! Given time to assimilate my life in retrospect, I was given the opportunity to know, first hand, both the happiness and the sorrow I had created through my actions.[2]

Scores and scores of detailed life reviews like this one have been documented in the research literature. The reviews are typically led by an angelic or celestial being whose role was to help draw life lessons.[3] Much like Brinkley, subjects report having a “holographic” experience overseen by such benign beings, in which they engage in a vivid reliving of life episodes in chronological sequence (or sometimes in reverse sequence). Another common description compares a life review to watching a movie. Guided at each step by one or several celestial beings, the experiencer will view scenes of their life in a way that can be fast-forwarded, slowed down, or paused in order to focus on a particular detail.

In their life review experiences, NDErs report a clear perception of what it felt like for others with whom they interacted in each life episode. According to Dr. Raymond Moody, the first well known researcher in the field, “The [higher being] presents the dying with a panoramic review of everything they have ever done. That is, they relive every act they have ever done to other people and come away feeling that love is the most important thing in life.”[4]

The scientific aspect of the study of NDEs is impressive. For example, a widely used scale to classify and measure NDEs for the sake of more precise academic study was developed as far back as 1983 by Professor Bruce Greyson, a psychiatrist who teaches at the University of Virginia. Numerous characteristics are measured in the Greyson NDE Scale, such as: feelings of peacefulness, the occurrence of out-of-body experiences, the experience of extrasensory perception, encounters with spirits, and altered time perception. The scale also includes the life review experience itself. According to Greyson, the phenomenon of life review is unique to NDEs, and his data shows that they are reported by 22 percent of experiencers. Oddly, Greyson found that more atheists who reported NDEs (literally 100 percent) reported having a life review than any other category of experiencer.[5] 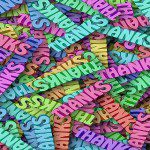 February 25, 2016 Can teens learn to practice gratitude?
Browse Our Archives
get the latest from
Spirituality Itself
Sign up for our newsletter
POPULAR AT PATHEOS New Visions
1

Chakra Affirmations: Feeling Gratitude to the Core of...
If you have done much spiritual study, you probably already know that...
view all New Visions blogs
Copyright 2008-2020, Patheos. All rights reserved.