Please don’t wear your politics on our bumper: a teenager’s plea

“Boys, what do you think about this bumper sticker? Can I put it on the car?”

“Mom, could we have no bumper stickers?”

When I was driving my sons to soccer practice and to their games, they preferred to keep my politics under wraps. No bumper stickers without their approval. While other cars proudly announced that the drivers were part of the military or members of the NRA or had children who were honor students or had children who could beat up your honor student, my kids asked me for plain vanilla bumpers. I honored their wishes.

It could not have been easy to be a Quaker kid in a conservative, military area.  What we talked about at the dinner table and with other Friends was often at odds with what was happening in the community around us. We talked about dismantling the military while the city worked to expand its several bases and attract more military contractors. We talked about honoring the rights of all people while a local school board banned high school clubs that supported gay and lesbian students. We also talked about how we can have different values from our neighbors and still see the Light of the Spirit in them.

As a parent, I want my kids to form their own views and grow into their values, not just accept what I have to say. As a person of faith, I want to stay out of the way of the Spirit working in their lives.

My commitment to nonviolence was no secret, and we still had conversations about the wars going on and the families we knew who were affected directly by them. The military families of their teammates were not the bad guys; they were people we stood on the sidelines with, shared rides with, laughed and cheered with several times a week for months and months. (And if you’ve ever been the parent of a competitive player, you know that I am talking about three seasons a year.)  Instead of shielding my sons from the ways of the military, I stood by them as they experienced different perspectives and attitudes.

Sure, we had some awkward moments. I had to retreat to my car one day when a parent made a “joke” about sexually assaulting a female peace activist. My son politely stepped out of conversations about what a fine officer he would make and didn’t he want to attend a military academy for free instead of paying for college. My sons finally asked me to quit cheering on the sidelines. The aging hippy mom yelling, “You are marvelous and wonderful, go have some fun!” instead of “Get aggressive!” embarrassed them. I stopped.

Eventually both of my sons stepped away from competitive soccer and fell in love with Ultimate Frisbee, a game much more in line with our family’s values. And it became just fine for me to have a bumper sticker or two. I still live in a very conservative area, and I don’t need to make my aging station wagon a target for road rage, but a “War is not the Answer” bumper sticker seems mild enough.

As my sons find their places in the world, I watch as the Spirit moves them to form and reveal their values. In some situations, they reveal their values in how they live and treat others, and on other occasions, they openly express their opinions by opposing the death penalty or supporting immigrants’ rights.  I listen and stay quiet as they tell me about what they are experiencing and coming to understand. The Spirit moves in my life as I learn from my children and get a glimpse into their worlds. I can’t wait to see what bumper stickers they put on their cars.

Molly Wingate is a member of the Colorado Springs Quaker Meeting, a writer, a teacher, and a parenting expert.  Her book Slow Parenting Teens is available at http://www.slowparentingteens.com, Barnes & Noble and on Amazon.com. 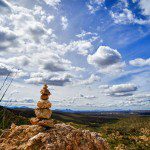 April 9, 2016
Being Awake When a "Moment of Truth" Arrives
Next Post 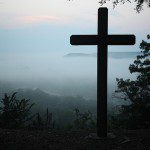 April 12, 2016 An Introduction to Christ Consciousness
Browse Our Archives
get the latest from
Spirituality Itself
Sign up for our newsletter
POPULAR AT PATHEOS New Visions
1

Leaning Back
Fumbling Toward Grace
Related posts from Spirituality Itself

I Promise You
I was in a circle of those who climbed from the sea...
view all New Visions blogs
Copyright 2008-2020, Patheos. All rights reserved.