Understanding the Spiritual Marketplace – From Monopoly to Open Access

While many would assert that religion concerns ultimate—often supernatural—truth claims, sociologically speaking, religion also has social and practical functions. The practice of religion represents a complex exchange of set of rights and services facilitated by religious communities. Religious communities respond to human needs by offering meaning/purpose, belonging, and community. They each offer their own conception of the world and how it works, which allows each group to create a particular niche for a distinct constituency. Successful religious groups produce a compelling “religious product” in exchange for time, money, and commitment. Innovative religious organizations are able to adapt to the meet the needs of potential ‘customers’ by amending, altering, or even changing their religious context to address their participants’ current concerns. Storytelling and meaning making inevitably become intertwined with marketing and technology as groups participate in the supply and demand of religious market ‘economy.’

Religion, throughout history, has been in a dynamic and interactive relationship with its cultural environment. Events in history can encourage the evolution and elaboration of spiritual themes which can lead to a major restructuring of religious market dynamics. Religious functionaries, operating within and beyond formal institutions, draw upon a rich symbolic heritage, allowing them to utilize, reshape, and evoke religious and spiritual ideas to address the social and psychological needs of the time. Religious messages and practices have been refashioned, often based on carefully monitored market analysis, and programmatic emphases have been adjusted to meet the particular needs of the changing social circumstances. Religious communities acting as ‘suppliers’ must consistently engage their audiences so that they can fashion the religious stories, rituals, and symbols that hold attention and inspire loyalty.

There’s a long history of religious diversity in the world. However, for many centuries geography, language, and culture separated many nations and people. In many parts of the world there was only one ‘supplier’ in town and that faith community held a monopoly on their version of human history. These religious organizations worked diligently to manage the market and drive out competing ideologies. Indeed, religious history is riddled with stories of groups striving to maintain their truth claims in the face of globalization, exchange, and technology. But in the face of significant population shifts, occupational and geographical mobility, of rapid cultural changes, many religious communities have been forced to reinvent themselves (again) in response to dynamic expanding spiritual marketplace.

Religious communities flourish in an open, deregulated market where each can respond in innovative ways to the current social realities as well as to people’s changing needs and preferences. Religious diversity offers a competitive market that is fluid and evolving when it operates under the assumption that all faith perspectives are of equal value. Far from asserting the sameness of all religious and spiritual perspectives, pluralism can encourage groups to differentiate themselves in the market by offering different social services, support networks, and meaning making systems.

The Internet and the Spiritual Marketplace

Although religious privilege is still pervasive in many societies, the internet has gone a long way to democratize the areas of religion and spirituality. The internet has become a new medium and outlet for those seeking spiritual resources and more information about religious teaching. These new digital spaces bypass traditional gatekeepers and authority figures as individuals now have unprecedented access to religious information and spiritual community. There is now access to a diversity of religious/spiritual symbols, narratives, and forms of expression online, which provide a virtual ‘spiritual marketplace’ where individuals can pick-and-mix the resources that support their religious/spiritual identities.[1]

William McKinney recognized back in 1987[2] that “people are more boundless than ever before to inherited faiths, are deeply subjective in their religious choices, and are looking to a range of expert and resources for help in cultivating their spiritual lives”, and these words ring even more true in the 2016 with the proliferation of the internet. In today’s information age there is greater awareness of religious choice and emphasis upon the self-cultivation and self-monitoring aspects of religious/spiritual identity. Many regard religious traditions as symbolic resources, with no single tradition necessarily having a monopoly on truth-claims, so individuals are free to explore what resonates within. The internet provides ample possibilities for discovering one’s own spiritual path. Individual seekers can personalize their explorations of religion through various digital media technologies and social media platforms.

The autonomy of the believer or practitioner assumes that we are the masters of our own spiritual fate., which means individuals are free to seek out the spiritual resources, insights, and communities that speak  to their hearts and souls, or at least offer utility in their lives.  People now take a more active role in shaping the meaning systems by which they live and now, through access to online and social media technologies, have a widening range of potential religious and spiritual suppliers to choose from. New suppliers now offer a range of goods and services designed to respond to and help to clarify new spiritual concerns of the 21st century. The new suppliers who have engaged the theme of choice, individuality, and cultivating a spiritually sensitive self have flourished as other traditional religious communities have lost control and influence. Demonstrating that as peoples’ needs continue to evolve, old and new suppliers will continue to expand and redefine the spiritual marketplace.

This article is part of the #DigitalFaith series that explores the interesting interplay of religious and spiritual development within digital spaces. If you want to read more, check out my previous article #DigitalFaith Spiritual Exploration and Discovery Online. We are all here on a journey and I’d love to hear about your spiritual adventures and discoveries online. So feel free to continue to the conversation at @SableManson #DigitialFaith. 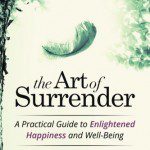 September 30, 2016
From Panic and Anxiety to The Art of Surrender
Next Post 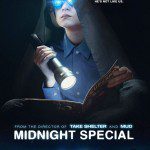 October 7, 2016 Spirituality meets Science-Fiction in Jeff Nichols', Midnight Special
Browse Our Archives
get the latest updates from
Spirituality Itself
and the Patheos
New Visions
Channel
POPULAR AT PATHEOS New Visions
1

Are You Mastering the 7 Core Values of...
You’ve probably heard the old dictum from Socrates that “an unexamined life...
view all New Visions blogs
Copyright 2008-2021, Patheos. All rights reserved.