Why disobedience is a spiritual attribute 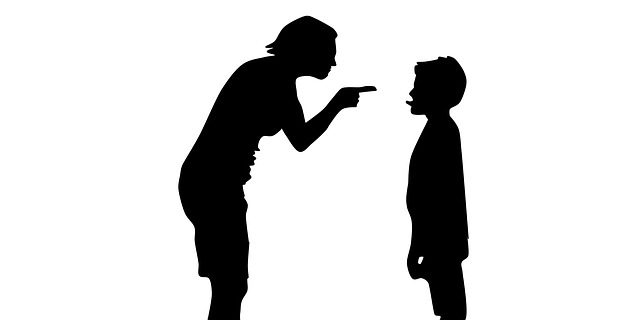 an act of failing or refusing to behave as told or taught <The dog was punished for disobedience.> (Merriam-Webster.com).

Refusal or failure to obey.  (Freedictionary.com).

“I am outraged by your intense disobedience.”

I suspect anyone reading this has been there.  Been told you are disobedient, felt the whole body, mind-numbing shame that comes with being found out and called out, had the finger shaking in your burning face as you wonder how to get through this awful feeling.

You were disobedient and your parent or those people closest to you know about it and are ashamed.  Of you.

Then when it’s your turn to parent, you find yourself radiating the same energy as your parent or caregiver.

Perhaps you are outraged, perhaps YOU are wagging your finger into your child’s hot red face and your face is turning red too.  They are SO disobedient!  How could they possibly behave that way?

We can find freedom by digging into disobedience as a spiritual attribute.

I have a new spiritual teacher.  She is amazing and I have learned so much in just a few weeks.  The learning is so deep and personal I’m not prepared to share her name (yet)!  She’s all mine.

This is what my teacher said about disobedience as we were working on our energy.

For centuries obedience has been viewed as a virtue, disobedience as a vice.

What I’m learning about is the nature of disobedience lodged and stored in our energy field is that it can become a huge source of healing and release.

As an energy worker I often find that the toughest, deepest wounds or knots of energy can contain the most expansive and heightened lessons for the spiritual student.  The key is to be brave enough to shine light on those dark and often gnarly places where our spiritual shadows hide.

So why does fear of disobedience lodge in our energy fields?

Back to that burning sensation in the face and body.  That feeling is — shame.  For centuries obedience has been programmed into us.  For generations we have been taught to obey – because it’s in our best interest to do so.  Or so we have been told.

As children and then as adults we have been taught that acting out in disobedience could cause one of the worst outcomes for a member of our human tribe – we could be starved of company, worse still deprived of food or even abandoned completely and left out in the cold if we did not obey.  It’s a scary prospect for adult and child alike.

Creating shame through a disobedient act is a survival tactic long used by our tribe.  In our more modern day and age however – we can begin to unpack this energy and loosen restrictions from our lives which limit us.  They can be let go because they no longer serve us.

Heroes have been disobedient throughout the ages, despite the risks.

Nicolas Copernicus for example studied the stars and planets for years and worked on a theory that the planets in our solar system revolved around the sun, rather than the sun and planets being a closed system and revolving around the Earth (a common theory believed in the 1400s and a belief endorsed by the Catholic Church).

Copernicus was so scared of the retribution this particular act of disobedience would incur that he didn’t officially publish his work until a few weeks before his death in 1543 (ref. Who2.com).  He was scared that this new theory would result in his removal from his tribe and his religious affiliations.  That’s an incredible amount of fear and potential shame to overcome.  What a hero.  As it was the Catholic Church kept his published book on their banned list until 1835.

Mahatma Ghandi was disobedient in both a heroic and spiritual context.  He called upon his people to rise up and ask for peaceful government from the ruling Superpower of the British Raj after spending 20 years as an Indian immigrant in South Africa and experiencing discrimination on many levels.

He became one of the great fathers of ‘Civil Disobedience’ and and he soon began developing and teaching the concept of satyagraha (“truth and firmness”), or passive resistance, as a way of non-cooperation with authorities.  He took these principals with him when he returned home to India.  His many acts of disobedience contributed to Home Rule for India after many years of occupation by the British authorities.  (www.History.com).

Historically, genetically and energetically we all have a stored fear of disobedience.

Now I’m not suggesting that anyone here act like Copernicus or Ghandi.  (Unless that is already your spiritual path!).

What I’m suggesting is that a gentle inquiry into our own personal fears surrounding disobedience can often unearth some pure golden nuggets of spiritual growth.

Consider where you may be holding excessive shame over perceived ‘disobedient’ acts from your past.

It’s an interesting dialogue to have with your Inner Self and one I intend to continue for my own spiritual growth.  Who knows…perhaps I am being disobedient by acting this way!

Featured image by waldryano at Pixabay.com 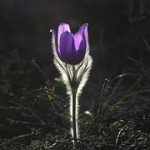 October 10, 2016
Healing a Broken World - Does The Answer Really Lie Within?
Next Post 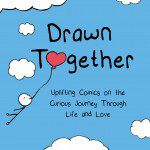 October 14, 2016 Leah Pearlman on the Journey from Co-creation of the Facebook 'Like' button to Dharma Comics
Browse Our Archives
Related posts from Spirituality Itself 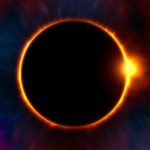 New Visions
How the Quaker Religion Teaches Contentment in a...
Spirituality Itself
TRENDING AT PATHEOS New Visions

Above and Beyone Wellness Storytime!
There’s always room for a story that can transport people to...
view all New Visions blogs
Copyright 2008-2021, Patheos. All rights reserved.
Close Ad