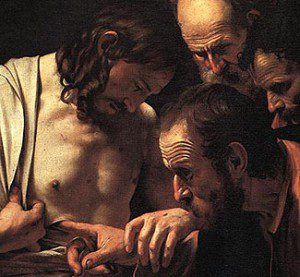 Elaine Pagels is perhaps the world’s leading scholar in the field of Gnosticism. In her luminous work, Beyond Belief: The Secret Gospel of Thomas, Pagels details a provocative theory of an open conflict between the competing Gospels of John and Thomas that caused a fatal bifurcation in the early Christian community. She boldly argues that John “[wrote] his gospel to refute what Thomas teaches,” claiming that John may have in fact gone so far as to create the character of the “doubting Thomas” as a way of caricaturing him and his teachings. [1]

The Jesus that Thomas depicts in the Gospel of Thomas is one that is not familiar to mainstream Christians—but one that is familiar to Urantia Book students. This Jesus tells his followers that not only does he, Jesus, come forth from the divine light, but rather, “we are all its children, the chosen of the living Father.” In the Gospel of Thomas, Jesus rebukes those who seek God anywhere else but within, and even directs his disciples away from regarding himself and his divinity as important, instead pointing them to their own inner life. Thomas’s Jesus proclaims: “There is a light within each person, and it lights up the whole universe. If it does not shine, there is darkness.” And this, of course, is the core Gnostic teaching of the inner spark of God, which matches the Urantia teaching of the Indwelling Spirit.

Finding this view dangerous and misleading, the author of the Gospel of John—Pagels doubts it could be the actual Apostle John—paints a very different picture of Jesus. Christ according to him is nothing less than “Lord and God” incarnate; he alone is the light of the world. According to Pagels, the author (who we will continue to call “John”) goes somewhat further than Matthew, Mark and Luke, who say not much more than that “Jesus is the Messiah, the son of God.” But John’s Jesus is greater than even Moses or Abraham. The Gospel of John exclusively depicts Jesus telling a hostile crowd: “Before Abraham was, I am.”

The famous opening poem of the Gospel of John sets the premise for the conclusion that Jesus alone is the way, the truth, and the life. Like Thomas, John alludes to the first chapter of Genesis which states that we have the divine image within. But he states and restates (in three different ways) that the world “did not receive it.” Because the light could not be received by the world, the “word became flesh and dwelt among us.”

For this reason, the way to the Father is only through belief in him. The individual could get access to gnosis exclusively through belief in Jesus, because other pathways did not and could not work. And we are not all sons of this God, for God has only one “begotten” son. Says Pagels, “Though [John] presumably agrees that human beings are made in God’s image, as Genesis 1:26 teaches, he argues that humanity has no innate capacity to know God. What John’s gospel does—and has succeeded ever after in persuading the majority of Christians to do—is claim that only by believing in Jesus can we find divine truth.”[2]

Pagels argues that the author of John was operating in the midst of a polarized public dispute, leading him to write his polemical gospel as a refutation of Thomas and his followers. That’s why John’s gospel account contains what are in effect ad hominem attacks on the Apostle Thomas. It features three anecdotes that don’t occur anywhere else in the New Testament, each portraying Thomas as a doubting fool.

Pagels goes on to demonstrate that the early Christian writer Irenaeus promoted John as the true gospel while he excluded Thomas, and a host of other early gospels that had considerable validity, from the list of those texts that he considered authoritative. His list became the basis for the New Testament canon when it was fixed in 357. Pagels suggests that we recover Thomas as a way of embracing the glorious diversity of religious tradition. In a real sense, the Urantia Revelation represents that diversity in its fulfillment through the philosophic integration of the best teachings of the Gnostics and the New Testament gospels.

Gnostics, and especially Thomas, presented the Roman world’s most distinct concept of the Indwelling God, but did not conceive of an evolving soul. To them, the realm of the “psychic” was part of the fallen world of matter. We were just as prone to be enslaved to our minds and their empty abstractions as to matter itself—a sickness they called “psychism.” The teachers of wholeness, chief of which was Jesus, led us to gnosis, the knowledge of pneuma (spirit), getting us beyond our obsession and attachment to the mind, soul, and body. The Gnostics can best be remembered, for our purposes, as the champions of the indwelling pure spirit, the pneuma, which is why they were know as pneumatics. In a profound way, they were the celebrants of the new status of humanity after the Pentecost. After this singular event, we are told by the Urantia revelators that the God fragments were now distributed to all of humankind.

But the acceptance of the UB will help us recover the other legacy of the Gnostics of old, their opposition to the mythic doctrine of Original Sin as well as their rejection of the dark side of the Old Testament. Its crude moral teachings provided “biblical” support for the inquisitors of all subsequent generations who quoted Old Testament passages in support of racism, witch-burnings, and persecution of homosexuals. In postmodern language, the UB liberates the teachings of Jesus from all such prejudice and ignorance.
[1] See esp. chapter 2, pp 30-74. My summary barely does justice to Pagel’s replete scholarship. 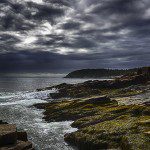 January 13, 2017
Is Civilization Dying, Or Being Born?
Next Post 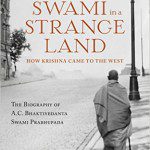 January 20, 2017 Swami in a Strange Land: How Krishna Consciousness Came to the West
Browse Our Archives
get the latest from
Spirituality Itself
Sign up for our newsletter
POPULAR AT PATHEOS New Visions
1

SBNR? Here are 2 Non-Religious Prayers You Can...
Are you spiritual but not religious (SBNR)? Do you ever pray? The...
view all New Visions blogs
Copyright 2008-2020, Patheos. All rights reserved.