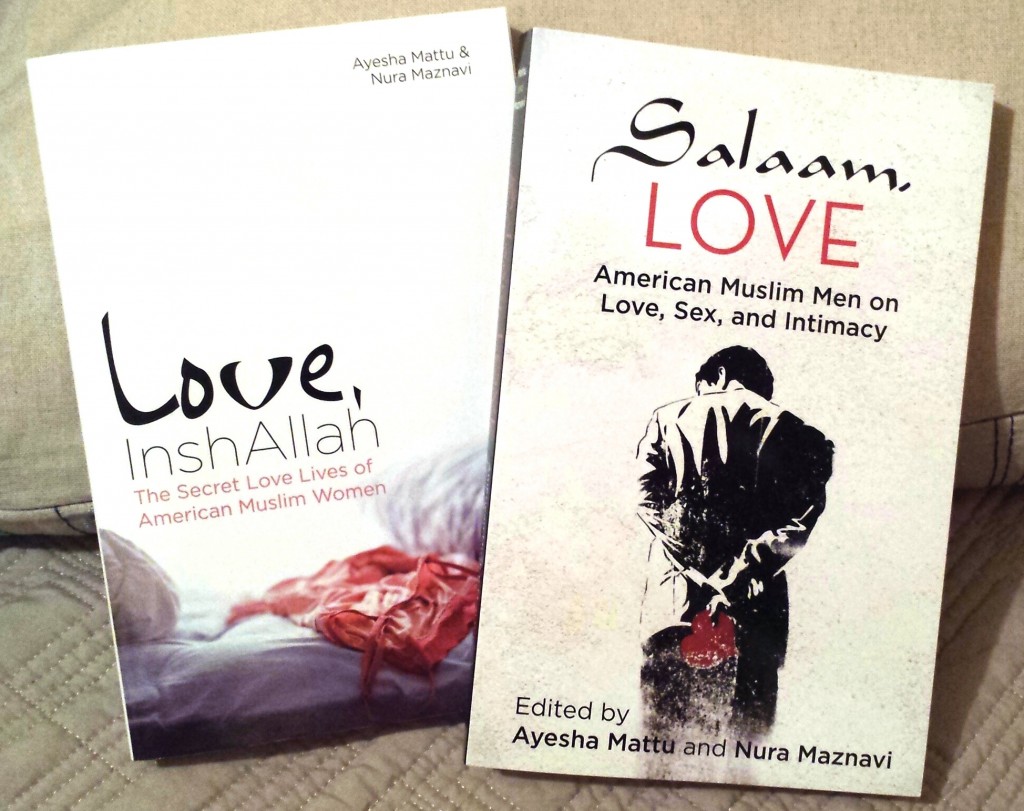 *Disclaimer: This is the first book review I’ve ever written.  To understand why this may be an issue, please see asterik’d note at the end.
I have to start off by admitting that there were many times I felt uncomfortable reading this book, which I did cover to cover. At times, I just had to stop and walk away for a bit.  “Salaam, Love: American Muslim Men on Love, Sex, and Intimacy”, is the second anthology of American Muslim essays curated by editors Ayesha Mattu and Nura Maznavi. Their previous collection, “Love, InshaAllah”, brought together twenty-five pieces by American Muslim women on the topics of love, sex, and marriage.  “Salaam, Love” presents us with twenty-two writings by American Muslim men on the same subjects. Single, married, divorced. Gay, straight.  Happy, miserable. Converts, immigrants.  There is a tremendous amount of diversity in the contributors, but it’s telling that much of their stories are still relatable and familiar.

I’ll get to the meat and potatoes of my discomfort later, but for now let’s focus on the actual content.  I cried, I cringed, I laughed, I called my husband over to share something, I read and re-read the same passages sometimes, and in a hundred different ways I became engrossed with the glimpses of these men’s lives.  The authors are cracking open windows into their souls, with limited views for the outside world, but enough to feel their anxiety, pain, anticipation, exhilaration, and sometimes exhaustion.  These men are lovers in every sense of the word, compelled by hormones, struck by a fat little winged cherub, longing for companionship, baring open the empty holes we all carry around, unable or sometimes unwilling to fill.  They express sentimentalities rarely attributed to Muslim men, a reality that’s a bit heartbreaking.

In this collection you’ll enter the lives of men in love, men in lust, men tired of marriage, men fighting for marriage, men yearning for things forbidden, men losing their inhibitions, men losing their companions.  Here is where my baggage hit a bit of a wall.  As someone who has too many negative experiences (and hence opinions) of South Asian men, I found my perspective challenged.  I’ve been through a bad marriage with an immigrant Muslim man, and I’ve represented and counseled dozens and dozens of women who’ve had worse experiences than me.  Its come to the point that I wholeheartedly wish that neither of my daughters marries a South Asian Muslim.  Call me risk averse.

Only one essay confirmed my prejudice (which I openly admit is a prejudice), and that was “Just One Kiss” by Maher Rahem, a penname.  The author writes about being in an unhappy marriage and finding comfort in the flirtations and then sexual involvement of another woman.  Throughout he puts blame either on his wife, and then his lover, but takes no responsibility for the marital misery or the affair.  It’s clear that he holds the power in both relationships, he decides who to be with and when, but works hard to look like the victim.  Sorry buddy, we’re on to your manipulations.

Otherwise, the rest of the essays brought a much needed compassion to my perception of the Muslim male.  I’m at the head of the pack when it comes to pointing out the inequities faced by Muslim women, but it’s true that Muslim men are facing vilifications of their own. These writings reminded me that our men are sentient beings who rarely get to express themselves, are often navigating contradictory traditions and social structures, and have stories that need to be heard, especially by Muslim women. 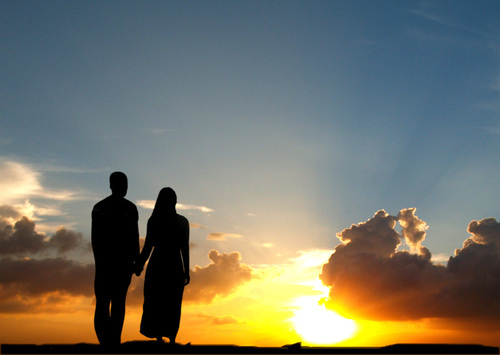 I will probably not be alone in singling out the pieces by Haroon Moghul, Khizer Hussain, Randy Nasson, and Sam Pierstorff as four of the exceptional ones.  Though its completely true that different stories will resonate with different people, but these particular essays married excellent writing with compelling narratives, and I am a sucker for such combinations. As a teaser, I’ll just offer up the following excerpt:

“‘In sickness and in health….’ I had heard that phrase so many time; the ‘old-age clause’ in the marriage vow.

Not that I recall any specific vows — other than my affirmation that I agreed to be her husband.  It was all such a blur. I was utterly bewildered, having landed in Pakistan the day before, attended our mehndi that night, and then come to her family’s house for the official marriage ceremony the next morning.

Remembering our wedding the year before, I sat there feeling helpless in her hospital room.  I didn’t know how to support her in her time of need.

The door opened and her father walked in with a warm and soothing smile.  For the first time in days, she expressed sincere relief because someone had finally arrived on whom she could rely.

Now, a short discussion of my discomfort.  Having been raised in an “Islamic” paradigm, I have always taken the injunction to “hide your sins” to heart.  God knows we will sin, He pretty much expects it.  But He also expects hayaa, modesty, and keeping our tresspasses private.  And I will mince no words in admitting that there are all kinds of transgressions (at least against faith) going on in these essays.  The writers themselves express it too – knowing that they’re probably doing something wrong, but like many of us being unable to keep from the sin.  So while I completely appreciate the value in sharing such intimately personal stories, my inner maulvi flinched at some of the steamier material.  I thought, “noooo, don’t share that, you’re making us all witnesses to your sin!”.  I would dismiss that feeling as too fundo, but I can’t dismiss this hadith of the Prophet (pbuh):  “Every faith/ummah has a characteristic, and the characteristic of Islam is modesty.”  I can’t lie, I don’t know how to reconcile my discomfort with sharing private indiscretions versus taking charge of our narratives in the public sphere.

I do think this collection and it’s predecessor will become historic markers for the post 9/11 American Muslim story.  These are the first breaks from tradition, the first rebel voices from this generation of American Muslims.  The Old Guard is losing it’s hold, for better or worse.  I am excited by the stories that these and other voices will bring to us in the next decade, even as I fear the possibility of diluting the values that are part of our faith.  Forging an American Muslim identity will mean careful negotiations for all of us.

*As I began thinking about writing this review I realized that you can’t dismiss your own story, experiences, and baggage from the equation.  Apologies to the editors and writers that I wasn’t able to craft a completely objective review.

**You can follow news about the books, editors, and book tour here: http://loveinshallah.com/tag/salaam-love