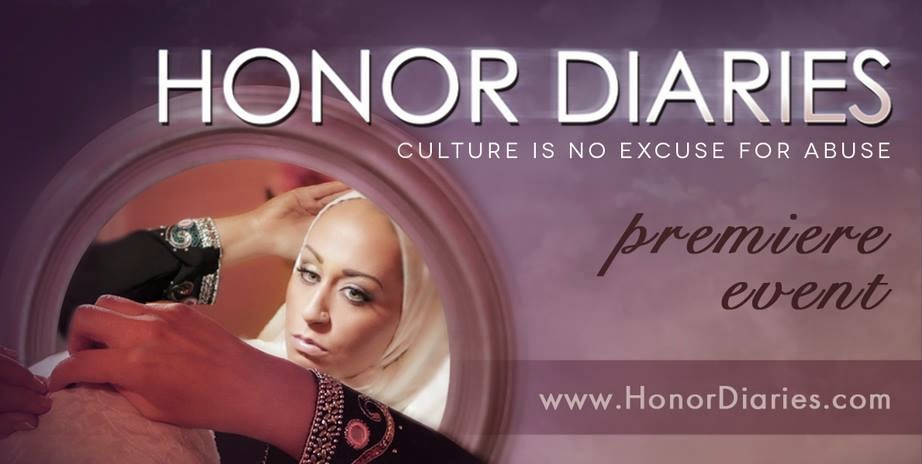 Umar b. al-Khattab narrated that the Prophet* said: “Deeds are a result only of the intentions of the actor, and an individual is rewarded only according to that which he intends.”

If you believe that God is merciful beyond our imagination, as Islam teaches us, it’s no surprise that the Almighty has set up such a system in which we will be judged not by our actions, but by our intentions. Plenty of times we have good intentions but our deeds may not be the best thought out. Sometimes our deeds hurt the very causes we want to help and protect. The fact that God will judge us according to what we hoped to do is an incredible source of mercy and relief.

People aren’t so forgiving of course. We judge primarily on actions, on what we see and hear, and it’s much much harder to take the kinder path and judge people based on their sincere intentions.

All of this leads me (strangely, I know, but be patient – I’ll get to it) to the hotly contested new documentary “Honor Diaries”, the newest offering of the Clarion Project, which in the past brought us such gems as “The Third Jihad”, “Crossing the Line: The Intifada Comes to Campus”, “Iranium”, and “Obsession: Radical Islam’s War Against the West”. This new documentary focuses on a variety of plights faced by Muslim women around the world. From female genital mutilation to honor killings, the film follows the work and stories of Muslim women activists and victims of horrifying crimes and abuses. The trailer compiles harrowing scenes of unrelated issues, like the Taliban flogging women in the street to child Yemini brides to acid burn victims,

On the face of it, the film seems to be a legitimate attempt to highlight abuses against women in the Muslim world in an effort to raise awareness and catalyze action (though the only kinds of action the website promotes is a letter to Congress and a film screening). Numerous Muslim women activists, who have spent years and indeed lifetimes to the upliftment of women from horrific circumstances, are featured in it. The backlash has not been pretty.

Muslim activists and advocates, already well versed on the Clarion Project’s past work, were quick to respond. Twitter saw the trending of hashtag #DisHonorDiaries, launched to expose previous work and agendas of the filmmakers and other associated with the project. Criticisms of some of the Muslim women in the film were strong.

At the crux of the discomfort is not the exposure of the issues and abuses themselves; many people opposed to the film themselves work for justice on violence against women and other oppressions. The core of the objections are basically the same as they were with the Alice in Arabia controversy: control over who is telling our stories.

In this case it’s a group who is full of proven anti-Muslim activists and bigots such as Ayan Hirsi Ali, Stephen Emerson, and Raphael Shore. The Clarion Project itself is funded by foundations who have committed millions to the dissemination of inflammatory and false information about Islam and Muslims, and additionally is noted for its “continuous production of Islamphobic films” by ThinkProgress and other hate group observers such as the Southern Poverty Law Center. The Center for American Progress’s report “Fear, Inc.” documents the funding and activities of the Clarion Project as part of well established Islamophobia network. 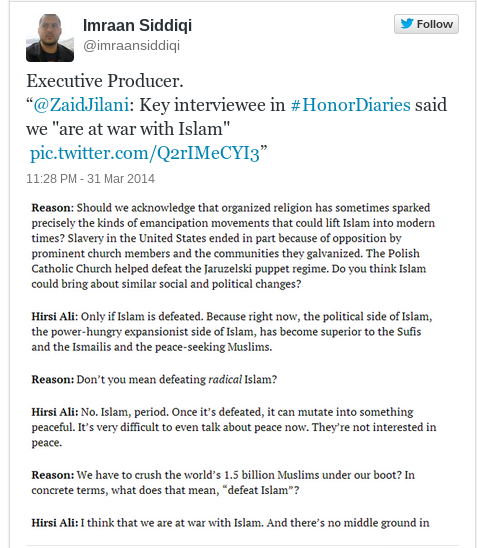 Given their track record for pushing a clear anti-Muslim and anti-Islam agenda for years we have to closely examine how this film fits into their greater mission and what they hope to achieve through it. In the past the Clarion Project distributed over 25 million copies of the terrifying film “Obsession” to average citizens through their friendly local newspaper. The film, which marries scenes of violence with quotes about Islam and Muslims, took advantage of the little knowledge Americans did have about the faith to instill deeper fears and even influence elections. “The Third Jihad” was used to train thousands of law enforcement officers about the “true agenda” of Islam in America. Activists are still fighting the effects of such trainings on institutions like the NYPD.

If we are to accept that the purpose of the Clarion Project is to create and reinforce fear and hate about Islam and Muslims through “documentary” style films, which seems incontestable, “Honor Diaries” becomes its latest vehicle for the same agenda. It is hard to imagine, in any other reality, that a group with a track record for hate or bias against another would be sincere in their concern for that same group. If Pakistan ever puts out a documentary about the abuses of Hindu women in India, or the KKK produces a film on the struggles of single Black mothers, you can be assured of some healthy side-eyed skepticism.

So, while I call into serious question the judgement of the activists who participated in the film, I’ll stretch myself and give them a pass based on their stated intentions. They should ask themselves this though: if they are sincerely committed to the work of helping female victims of violence in the Muslim world, how effective with they be by losing credibility with that very same community? Because that’s exactly what they’ve done by being involved with this project and it’s backers. 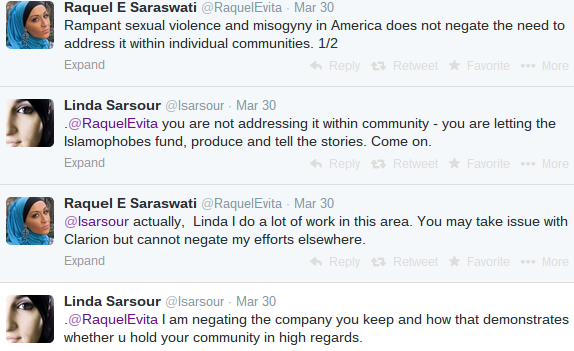 As for the Clarion Project, even my most charitable assessment would mean examining their intentions, which have been known for years. The only change they are invested in is perpetuating and reinforcing the worst the Muslim world has to offer in the eyes of the West. Muslims are never the intended audience for their films; their target market are people and institutions outside of Muslim communities. That’s where their influence exists. If the Muslim activists involved in the film aren’t more careful going forward, that might be the only place it exists for them as well.

April 22, 2014 Passover The Christian Extremists
Recent Comments
0 | Leave a Comment
Browse Our Archives
get the latest from
Muslim
Sign up for our newsletter
POPULAR AT PATHEOS Muslim
1

Is Hajj for Muslims the Same...
Ask A (Born Again) Muslim
Related posts from Split the Moon