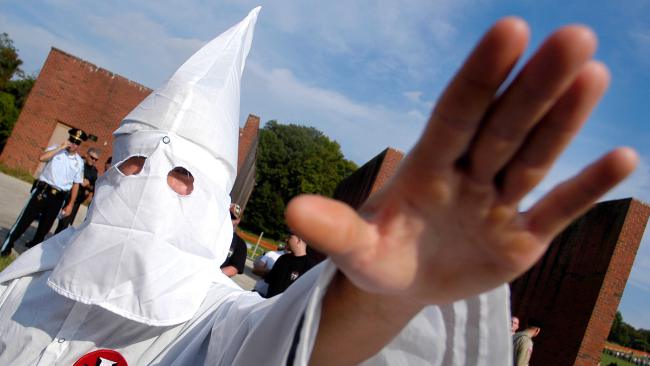 The recent tragedy at the Jewish Community Center in Kansas is a reminder that more than 3,000 years after the Jewish people were liberated from the oppression of pharaoh, anti-Jewish hatred is still a serious issue in America.  This time the face of terror was one white Christian man with ties to the most prominent terrorist organization in America, the KKK.  This man was not immediately identified as a “terrorist” because of his faith and skin color.  Needless to say if the perpetrator was Ali the headlines would be very different.  We’d see pundits and commentators pontificating the finer points of Islam and violent extremism. We would expect generalizations and disparaging remarks that perpetuate a fear and distrust against Muslims by self-proclaimed “experts”.

The fact that the suspect is a white Christian makes the crime no less tragic.  The lesson here is one that is often repeated but rarely heard in America, that extremism has many faces.  While hate takes every shape, color and creed, the one common thread is ignorance.  Growing up in an American-Muslim community, I’ve witnessed two sides of ignorance. I’ve seen Muslims who fear and distrust Jews the same way many non-Muslim Americans fear and distrust their Muslim neighbors. When there is no personal human experience, people are left only with the ignorant stereotypes and racist generalizations that are toxic and divisive.  As an alumni and current facilitator of a Muslim Jewish fellowship in LA, I’m inspired by the power of relationship building, and how human experience and education is a recipe for eradicating stereotypes and building trust. I’ve seen individuals go from distrust to love, and I’ve watched that love change the landscape of Jewish Muslim relations in LA, and I hope it will take root in other cities, because America needs it.

We need education and engagement now more than ever.  As our national diversity continues to expand, we can either understand it, or allow ignorance to develop into fear and hate. A wise Jedi once said “fear leads to anger, anger leads to hate, hate leads to suffering.” Suffering like that in Kansas City and in Oak Creek Wisconsin.  Too many of us don’t understand the different cultures around us, and many don’t care to. That willful ignorance when left unchecked will develop into discrimination and racism. Sikhs, Muslims, Jews, Blacks, Latinos, and LGBT communities, nobody is immune from that hate, and in order for our national identity to be consistent with our legal framework that guarantees racial, gender and religious equality, we need to invest in education to combat violent extremism. While we invest billions in the global “war on terror,” we deserve a project aimed at rooting out domestic hate groups such as the KKK, skinheads and militia extremists.  While Muslim extremism is an issue, our policy decisions should be based on risk and data assessment rather than ethnic and religious discrimination that targets certain communities instead of certain behavior. In 2010 the Southern Poverty Law Center documented more than 1,000 hate groups in American, the highest number of hate groups in our nation’s history, yet our security resources are focused mostly on Islam and Muslims who fall outside such groups [M. Potok, “The Year in Hate and Extremism,” SPLC, Intelligence Report, no.145(2012)].   I’m invested in combating violent extremism against all people, because as far as violent hate crimes go, an attack on one is an attack on all of us. I also know that a person who harbors hatred towards Jews is usually not too fond of Muslims, and where there is a willingness to use violence against a minority, I become concerned about Muslim community centers, our Sikh temples and our black churches.  None of us are immune to hate, and it serves our collective interests to combat it together.

Education is our best weapon against extremism, and we are all soldiers in that battle.  When we engage someone we don’t know or don’t understand, that interaction teaches us about the each other. That contact breaks down barriers of misunderstanding.  As we connect we build community to replace the fear that existed before. I’ve been inspired by Muslims and Jews in LA who’ve gone from strangers to dear friends and staunch allies, and the first step is to reach out. I know people don’t like talking to strangers, we stand in lines quietly, wear headphones on the subway, all lost opportunities to connect.  It’s like skipping class, you won’t learn if you don’t show up, and when you show up, change happens.

On this last day of Passover, I’m reminded of stories from the Quran of how Moses delivered his nation from the violence and oppression of Pharaoh.  With that lesson in mind I pray that we learn to free our own nation from violence, oppression and discrimination that still plague us today. I hope that the tragedy in Kansas City gives us the strength and motivation to step out of our comfort zone and educate each other by connecting with neighbors who we may not know, but who may end up being our dearest friends and staunchest allies.  Eradicating extremism requires education, education takes work, so each one, teach one, get to work.