Three young Americans were honored today with one of the top honors given in France — the Legion of Honor medal — for their heroic bravery in confronting a gunman intent on massacring passengers on a train.

Spencer Stone, Alek Skarlatos, and Anthony Sadler have been friends since childhood. After high school, their paths took them all around the world. Spencer joined the Air Force and was stationed in the Azores Islands; Alek served in Afghanistan with the National Guard; and Anthony is about to enter his senior year at California State University in Sacramento.

The three friends were touring around Europe to finish off the summer. They had no idea when they changed their planned  route that it would land them in the international spotlight. Instead of spending the night in Amsterdam, they took the train to Paris — and that made all the difference.

Ayoub El Khazzani also boarded that train, armed with an AK-47, a hand gun, a box cutter, and evil intent. Spencer said he was just waking up from a nap when the man entered their cabin and began preparing his automatic rifle. Spencer and Alek didn’t even hesitate — they ran for him and tackled him to the ground. The man pulled out another gun, then the box cutter he used to cut up Spencer’s left arm. But the Americans weren’t going to give up, and eventually they beat him unconscious.

All the three young men were thinking about was surviving, but it turns out they stopped a terrorist attack. The attacker denies it, but French President François Hollande said, “One need only know that Ayoub El Khazzani was in possession of 300 rounds of ammunition and firearms to understand what we narrowly avoided, a tragedy, a massacre.”

In the medal ceremony, President Hollande praised the actions taken by the three Americans and others who resisted the gunman:

Faced with terrorism, our societies are not weak. And they will never be weak as long as they stay united, and as long as there are brave women and men ready to risk their lives.

Your heroism must be an example for many and a source of inspiration. Faced with the evil of terrorism, there is a good, that of humanity. You are the incarnation of that.

Of course, they didn’t want to be called heroes. They were just following their instinct, and training, to survive. In the process, they saved others. Anthony Sadler said he hoped his friends’ brave actions are a lesson to everyone: “Hiding and sitting back is not going to do anything.” In times of terror, someone has to step up or even more lives will be lost.

Every person on that train is thankful that Spencer, Alek, and Anthony risked their own lives to protect them. Even if they don’t want the title, I’ll call them what they are: Heroes!

Read more on the Patheos Faith and Family Channel, fan me onFacebook and follow me on Twitter! 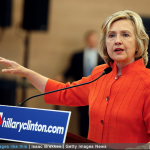 August 26, 2015 I'm Half Mexican and Trump's "Go Back to Univision" Comment Was Not Directed at My People
Recent Comments
0 | Leave a Comment
"Hi there, sluggerz.For the purpose of what I talk about re: racism, it's to do ..."
penpusher Snoop Dogg threatens to “roast the ..."
"Can you give your thoughts on slavery worldwide? After all, slavery didn't start in the ..."
sluggerz Snoop Dogg threatens to “roast the ..."
"Hi there Bob Wehadababyitsaboy.The problem we must negotiate, when attempting to have some semblance of ..."
penpusher Haircare ad featuring white girls angers ..."
"Are you some kind of idiot? You think that EVERYBODY doesn't deal with shit like ..."
Bob Wehadababyitsaboy Haircare ad featuring white girls angers ..."
Browse Our Archives
get the latest from
Politics Red
Sign up for our newsletter
POPULAR AT PATHEOS Politics Red
1 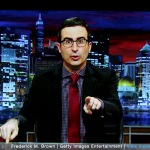