A Letter to Rep. Rangel from a Black Member of the Tea Party

A Letter to Rep. Rangel from a Black Member of the Tea Party October 23, 2015 Stacey Dash

Congressman Charlie Rangel is at it again. Creating boogie men out of patriots, he’s calling his Tea Party colleagues the racist successors of the Ku Klux Klan.

And the media and Democrats like to pretend that Republicans and conservatives are the ones vilifying their opponents and refusing to work with those who disagree with them.

That could not be further from the truth.

The outspoken Democrat was asked by TheBlaze about what he thinks motivates the more conservative wing of the House Republicans.

“[T]hey left the Democratic Party, thank God, they joined the Republican Party and they like being among themselves,” Rangel added.

Later, Rangel explained that Tea Party members of Congress wish to take down not only the Republican Party, but also the U.S. government.

For your information, Representative Rangel, the Tea Party could not be any more different from the Confederate Army, the Ku Klux Klan, and the Dixiecrats you mention.

Yes, it is easier for you to believe that we are motivated by racism and other despicable things.  Then you can turn us into villains you can hate and write us off as a crazy fringe group that shouldn’t be addressed, listened to, or compromised with.   To actually take the time to listen to what we are saying and recognize that we are motivated by a deep love for our country and a deep love for our neighbor would mean that you might have to actually take us seriously.

But despite your lies, you’re only hurting yourself and America. Maybe you should actually get out there and attend a Tea Party rally. It might be good for you. You’d find a lot of African Americans like me, who grew up in poverty and have worked hard through obstacles to make something of ourselves. You’ll find members of the Tea Party who are working hard to help the poor and help people of all races make a better life for themselves and their family instead of depending on the government for everything.

Rep. Rangel – you need to take a look in the mirror and ask yourself who is really holding back Americans of all colors and creeds. Because it’s not the Tea Party.

Read about my life as a black Republican in my new book!  Pre-Order today! 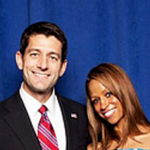 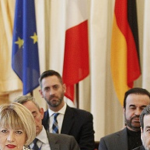 October 25, 2015 The Iran Deal Is Already 'Working'?!
Recent Comments
16 Comments | Leave a Comment
Browse Our Archives
get the latest from
Politics Red
Sign up for our newsletter
POPULAR AT PATHEOS Politics Red
1