Charles Wade, a leader of the #BlackLivesMatter movement, was arrested this week on charges of human trafficking and prostitution when he was caught during a sting operation in Maryland.pimping out a 17-year-old girl   Wade is high up in the#BlackLivesMatter organization and has worked with celebrities like John Legend and Chrissy Tiegen to get them involved in the movement.

And you will never guess who Charles is now blaming for his arrest…. conservative trolls.  Yes, really!

The Daily Caller obtained a police report stating that Wade was picked up in a College Park police sting after cops responded to a backpage.com ad from a woman who claimed to be 23, offering sexual services at an area Howard Johnson hotel.

When police arrived and confronted the woman, who turned out to be 17, she identified Wade, who had been watching from the parking lot, as her “manager” named “CJ.” The police then arrested Wade who, according to the report, had rented the hotel room and was carrying three cell phones.

According to the police report, the woman told police that “CJ” knew she was underage and “wasn’t worried” because she’d turn 18 in a few months. She told investigators that she provided CJ with all of the money she made in her endeavors. […]

Wade issued a statement on Twitter Wednesday afternoon blaming “conservative trolls” for the unfairly spreading the story, which he claims is mostly false. He says that he was arrested because he was “too trusting.”

Police, however, are reporting that it was Wade who was texting with the undercover cops to set up the meeting with the underage girl.  So no, Charles, it wasn’t conservative trolls who got you arrested.  It was your disgusting actions!
I guess black lives matter only if they fit into your radical political agenda.  But if they are vulnerable young girls then you can degrade them and use them however you want?!?
It is all so sickening! 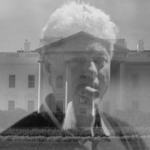 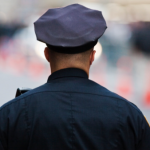 May 26, 2016 Louisiana is about to expand their hate crimes law, and guess who's mad about it?
Recent Comments
0 | Leave a Comment
Browse Our Archives
Related posts from Stacey Dash 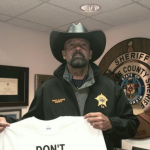