Milwaukee County Sheriff David Clarke has some free advice he wants to give to all of the Black Lives Matters activists:

That shirt is hilarious!  I love that he calls these protesters out on their BS!

These activists want us all to believe that police are the problem.  But the evidence proves just the opposite.   The majority of police men and women in America risk their lives everyday to keep the rest of us safe.

We should be thanking those who sacrifice their lives everyday for us, like Sheriff Clarke, instead of making their jobs harder by hurling false accusations and riling up angry mobs. 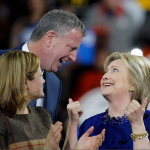 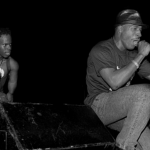 April 18, 2016 Willie D has a "hit list," wishes I'd been killed instead of Michael Brown
Recent Comments
0 | Leave a Comment
"Hi there, sluggerz.For the purpose of what I talk about re: racism, it's to do ..."
penpusher Snoop Dogg threatens to “roast the ..."
"Can you give your thoughts on slavery worldwide? After all, slavery didn't start in the ..."
sluggerz Snoop Dogg threatens to “roast the ..."
"Hi there Bob Wehadababyitsaboy.The problem we must negotiate, when attempting to have some semblance of ..."
penpusher Haircare ad featuring white girls angers ..."
"Are you some kind of idiot? You think that EVERYBODY doesn't deal with shit like ..."
Bob Wehadababyitsaboy Haircare ad featuring white girls angers ..."
Browse Our Archives
get the latest from
Politics Red
Sign up for our newsletter
POPULAR AT PATHEOS Politics Red
1