Model is disgusted at NFL players who kneeled on 9/11: describes their protest as “horrific”

Hollywood starlets are not often seen taking a stand for all-American values, but this week Kate Upton proved that not all of us have been indoctrinated by blind loyalty to petty progressive posturing. In fact, some of us are patriotic and thankful for the sacrifices made by so many brave men and women every day to strive towards that more perfect union and the freest country in the history of the world.

Kate took to Instagram this weekend to slam NFL players who refused to stand for the National Anthem, especially those who kneeled on September 11th.

In my opinion, the national anthem is a symbolic song about our country. It represents honoring the many brave men and women who sacrifice and have sacrificed their lives each and every single day to protect our freedom. Sitting or kneeling down during the national anthem is a disgrace to those people who have served and currently serve our country. Sitting down during the national anthem on September 11th is even more horrific. Protest all you want and use social media all you want. However, during the nearly two minutes when that song is playing, I believe everyone should put their hands on their heart and be proud of our country for we are all truly blessed. Recent history has shown that it is a place where anyone no matter what race or gender has the potential to become President of the United States. We live in the most special place in the world and should be thankful. After the song is over, I would encourage everyone to please use the podium they have, stand up for their beliefs, and make America a better place. The rebuilding of battery park and the freedom tower demonstrates that amazing things can be done in this country when we work together towards a common goal. It is a shame how quickly we have forgotten this as a society. Today we are more divided then ever before. I could never imagine multiple people sitting down during the national anthem on the September 11th anniversary. The lessons of 911 should teach us that if we come together, the world can be a better and more peaceful place #neverforget.

Kate even went on to defend and double-down on her comments on Twitter.

As Kate says, it is so sad that so many Americans have so quickly forgotten the lessons we all learned on September 11th, 2001.  On that fateful day, we were reminded about who are true enemies are, who can be counted on to lay there life down to protect the rest of us, and just how amazing and resilient the American spirit really is.  It is so maddening that privileged guys like Colin Kaepernick have such a short-term memory, and are so quick to dishonor those who have given their all for our country.

I love that Kate is willing to go against the liberal Hollywood narrative, and stand up for all of the hardworking men and women who have given their lives to make our nation safe. 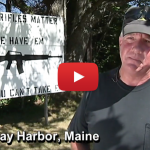 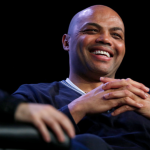 September 16, 2016 Charles Barkley: Blacks keep each other down, not whites or cops
Recent Comments
0 | Leave a Comment
"Hi there, sluggerz.For the purpose of what I talk about re: racism, it's to do ..."
penpusher Snoop Dogg threatens to “roast the ..."
"Can you give your thoughts on slavery worldwide? After all, slavery didn't start in the ..."
sluggerz Snoop Dogg threatens to “roast the ..."
"Hi there Bob Wehadababyitsaboy.The problem we must negotiate, when attempting to have some semblance of ..."
penpusher Haircare ad featuring white girls angers ..."
"Are you some kind of idiot? You think that EVERYBODY doesn't deal with shit like ..."
Bob Wehadababyitsaboy Haircare ad featuring white girls angers ..."
Browse Our Archives
Related posts from Stacey Dash