Memorial Day is our chance to remember America’s fallen.  To pay tribute to our brave who have given everything in service to our country.   But Hillary fans can’t even take this one day off from dishonoring our military.

If you haven’t seen 13 Hours, it’s a perfect #MemorialDay movie. A reminder of everything we should never forget. Particularly in 2016.

“13 Hours: The Secret Soldiers of Benghazi” depicts the deadly attack on the U.S. compound in Libya and the brave response of Americans.

But because their precious Hillary has been criticized for her role in the attack, her fans launched a Twitter storm against Lowe claiming that his tweet was political.  How ironic!  Is it not 10 times more political to slam someone for making a movie recommendation and encouraging his fellow citizens to remember the sacrifice of our soldiers?

Why does EVERYTHING these days have to be politicized?! It’s a factual, good movie that honors real heroes. Period. https://t.co/qqRD8PauL3

Preach!  Maybe if Hillary supporters spent less time blindly protecting her as sheep being led to the slaughter of freedom and spent more time thinking critically about our nation’s past, present, and future, they’d log off of Twitter and actually do something meaningful with their lives.

But talk is cheap and tweeting is even cheaper. Thankfully, our nation has had millions of soldiers over hundreds of years who realized this truth and put everything on the line for this great nation.

That’s not a political statement. It’s simply the truth. 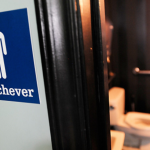 June 2, 2016
Do I Really Want Transgendered People to "Pee in the Bushes?"
Next Post 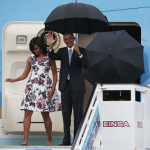 June 6, 2016 Barack Obama's Top 10 Apologies: How the President Has Humiliated a Superpower
Recent Comments
0 | Leave a Comment
"Hi there, sluggerz.For the purpose of what I talk about re: racism, it's to do ..."
penpusher Snoop Dogg threatens to “roast the ..."
"Can you give your thoughts on slavery worldwide? After all, slavery didn't start in the ..."
sluggerz Snoop Dogg threatens to “roast the ..."
"Hi there Bob Wehadababyitsaboy.The problem we must negotiate, when attempting to have some semblance of ..."
penpusher Haircare ad featuring white girls angers ..."
"Are you some kind of idiot? You think that EVERYBODY doesn't deal with shit like ..."
Bob Wehadababyitsaboy Haircare ad featuring white girls angers ..."
Browse Our Archives
Related posts from Stacey Dash 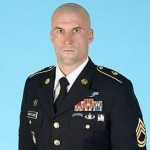