Barack Obama’s Top 10 Apologies: How the President Has Humiliated a Superpower

Today, I talked about my new book that is released today, There Goes My Social Life: From Clueless to Conservative, on Sirius radio.  The subject of how Obama’s embarrassed our nation by his habit of apologizing for things.  Here’s what I was talking about:

A common theme that runs through President Obama’s statements is the idea the United States must atone for its past policies, whether it is America’s application of the war against Islamist terrorism or its overall foreign policy. At the core of this message is the concept that the U.S. is a flawed nation that must seek redemption by apologizing for its past “sins.”

On several occasions, President Obama has sought to apologize for the actions of his own country when addressing a foreign audience–including seven of the 10 apologies listed below. The President has already apologized for his country to nearly 3 billion people across Europe, the Muslim world, and the Americas.

The Obama Administration’s strategy of unconditional engagement with America’s enemies combined with a relentless penchant for apology-making is a dangerous recipe for failure. The overall effect of this approach has been to weaken American power on the world stage rather than strengthen it.

President Obama’s personal approval ratings across much of the world may be sky high, but that has not translated into greater support for U.S.-led initiatives, such as the NATO mission in Afghanistan, which is heavily dependent on American and British troops. The U.S. is increasingly viewed as a soft touch internationally, which has encouraged rogue regimes such as North Korea and Iran to accelerate their nuclear and missile programs.

As President Obama embarks this week on his second major overseas tour, which will take him to Saudi Arabia, Egypt, Germany, and France, the world does not need yet another apology from the President. Rather, it is looking for strong and principled leadership from the most powerful nation on the face of the earth. American leadership is not a popularity contest, nor should it be an exercise in self-loathing. Rather, it is about taking tough positions that will be met with hostility in many parts of the globe. Above all, it demands the assertive projection of American power, both to secure the homeland and to protect America’s allies.

Click here for the full list which includes apologies to France and Europe, to Muslims, to the Summit of the Americas, and for for the War on Terror.

People have made a big deal out of Donald Trump’s unwillingness to apologize, but I’m ready for a little more of that.  Aren’t you, America? 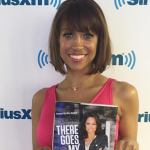 June 7, 2016 XM Radio Host goes after my race and ethnicity
Recent Comments
0 | Leave a Comment
"Hi there, sluggerz.For the purpose of what I talk about re: racism, it's to do ..."
penpusher Snoop Dogg threatens to “roast the ..."
"Can you give your thoughts on slavery worldwide? After all, slavery didn't start in the ..."
sluggerz Snoop Dogg threatens to “roast the ..."
"Hi there Bob Wehadababyitsaboy.The problem we must negotiate, when attempting to have some semblance of ..."
penpusher Haircare ad featuring white girls angers ..."
"Are you some kind of idiot? You think that EVERYBODY doesn't deal with shit like ..."
Bob Wehadababyitsaboy Haircare ad featuring white girls angers ..."
Browse Our Archives
Related posts from Stacey Dash