Why I Say What I Say, Even Though I Drive Whoopi, BET, and Most Other Black People Crazy 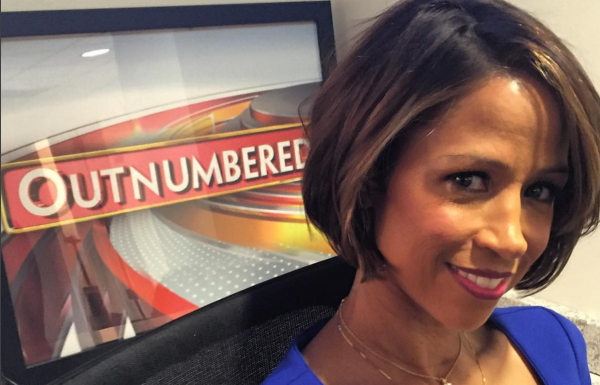 If you’ve been paying attention to social media lately, you may have seen that my name is trending.  It seems every other black person in America has disowned me.

That’s because I said things like “Black History Month” and BET shouldn’t exist, since they further divide us.  I feel like it’s hypocritical to say that we’re all the same, but then to self-segregate into little enclaves of society.  Also, I think the #OscarSoWhite controversy is lame, because black people should not demand that every segment of society who watches movies be reflected in the number of Oscars given to actors and actresses.  That’s just not how the world works.

“She only says what Fox News pays her to say,” one commenter said — echoing thousands.

This I will tell you is not true.  Trust me, Fox does not always like what I have to say.

So, I thought I’d take a moment to explain why I say what I say, even though people like Whoopi Goldberg (whom I admire), Black media enterprises, and even my family to criticize me.

I grew up on the streets of the South Bronx.  Politics, to me, was downstream from my normal life.  I was busy trying to survive my childhood — it wasn’t great.  I saw my first dead body when I was three years old.  I have experienced the hardship of life and all those things taught me to survive.  I’ve been through a lot. (My upcoming book There Goes My Social Life: From Clueless to Conservative

has the harrowing — and hopefully inspirational — details.)

But here’s the thing.  Even though most of my friends and family always have supported the Democrats (and even I had an Obama bumper sticker during 2008), liberalism never added up.

What are the three major institutions that black people are concerned about in society as being unfair to minorities?

Universities (riddled with #BlackLivesMatter protests), Hollywood (#OscarsSoWhite), and major urban cities (which have been described as declaring “open season” on black men).

Yet, ALL of these areas are dominated by LIBERALS.

Why the hell do we keep doing the same thing and expect a different result?

We don’t have to.

In my life, I’ve seen a lot and this is what I have found: REALITY GETS A VOTE.  When you don’t subscribe to “traditional values,” things happen in less-than-ideal ways.  I had two pregnancies outside of the benefit of marriage.  While I wouldn’t trade my kids for the world — they are my life — I know that my choices made things harder on me and them than needed.  I also saw with my own eyes what happens when people start living off the government, the way it emasculates them, demoralizes them, and steals their dignity.

I didn’t go to school to learn politics.  Rather, I opened my eyes and saw the world around me.

Black people — who say they are more than the color of their skin — mercilessly reinforce stereotypes with more passion and vigor than the KKK.  You dare not step away from the way “all black people must think” or else.

It could be that I am congratulated for being an “independent thinker.”  But apparently only white people can do that,  at least according to the arbiters of blackness.

Isn’t it funny how Clarence Thomas — once associated with the black panthers — is no longer considered “black” because of his beliefs?  Isn’t it funny how Bill Clinton — as white as the driven snow — was called by Toni Morrison the “first black President” simply because he was a “single-parent household, born poor, working-class, saxophone-playing, McDonald’s-and-junk-food-loving boy from Arkansas.”

Clarence Thomas isn’t black because he is conservative.

Here’s what I believe:

1.  Liberal black Americans do not get to decide who is black and who is not black.

2. Black Americans can believe whatever the hell they want!  We do NOT have to swallow everything that Democrats shovel down our throats, simply because of our skin.

That’s why I speak out.  Not because I’m on Fox.   I’m on Fox, because I refuse to back down.  I owe it to my son and daughter to at least try to work toward a world where black people can speak out on any matter they want without the fear of incredible backlash.

It’s 2016.  Let’s stop taking our marching orders from Democratic slave drivers.  They have taken our votes and repaid us by ruining our colleges and large cities.  They are responsible for #OscarsSoWhite.

Want to truly make a difference?

Stop missing the point of the civil rights movement. Which, by the way, we won.

Stop looking backward when segregation made racial independence our only option.

Don’t listen to liberals when they say that integration was a failure and that our true strength is in separatism.

Today we witness this in everything.  Civil rights confabs that are far more social than political. Conversations about the “state of black America” as if we still share a singular destiny. Congressional black caucuses… Black student associations… Now, in the promised land of freedom, we seek the lost Eden of separatism?

No. Let’s come together with the understanding that freedom is seized only by individuals. Let’s quit being brainwashed into believing that we should be happy with the separatism the liberal elite has endorsed.

With every special black interest group, we’re falling right into the plantation mentality they want us to have. I mean, how dare we want to be considered people of talent and character not JUST people of color! We must be integrated into the mainstream of every aspect of life… especially (for me and this particular argument) HOLLYWOOD.  There, the liberals perpetuate THE most hypocritical bigotry I’ve ever seen.

Join me, my fellow brothers and sisters: start thinking — and voting — for your AMERICAN DREAM.

Pre-Order my Upcoming Book There Goes My Social Life: From Clueless to Conservative 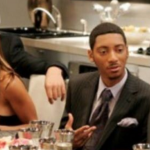 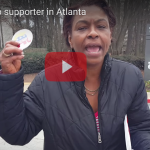 January 24, 2016 VIDEO: Black Democrat says Trump ‘gives real hope and change’
Recent Comments
997 Comments | Leave a Comment
"Hi there, sluggerz.For the purpose of what I talk about re: racism, it's to do ..."
penpusher Snoop Dogg threatens to “roast the ..."
"Can you give your thoughts on slavery worldwide? After all, slavery didn't start in the ..."
sluggerz Snoop Dogg threatens to “roast the ..."
"Hi there Bob Wehadababyitsaboy.The problem we must negotiate, when attempting to have some semblance of ..."
penpusher Haircare ad featuring white girls angers ..."
"Are you some kind of idiot? You think that EVERYBODY doesn't deal with shit like ..."
Bob Wehadababyitsaboy Haircare ad featuring white girls angers ..."
Browse Our Archives
Related posts from Stacey Dash 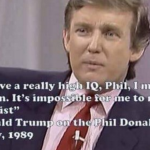 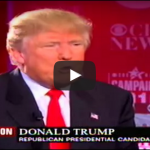 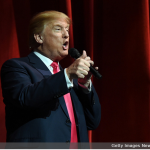