When I settled into my couch to watch the last debate, I was shocked to see The Donald (my favorite candidate!) talking just like a liberal on Huffington Post.

Not only did Trump say there were no weapons of mass destruction in Iraq, he then claimed that President George W. Bush knowingly lied about it so that he could invade Iraq!

There WERE WMDs in Iraq. Chemical weapons were found. The Military and our government have found evidence of even more WMDs that were either moved or destroyed or used against innocent civilians.

I gave up cursing for Lent, but my promise didn’t make it through that debate. Thanks, Donald!

Also, I don’t get why Trump said this about Saddam:

Praising Saddam for “making a living off killing terrorist?”

Hussein didn’t “make a living off killing terrorists.” He was a terrorist — an evil mastermind who worked every day to try to kill Americans, kill Israelis, and destabilize the Middle East. He was one of the prime financial supporters of a suicide-bombing campaign that caused greater relative casualties in Israel than 9/11 did in the United States. He funded Hamas and the Islamic Jihad. He plotted to kill a former president of the United States. He gave one of the world’s most wanted terrorists, Abu Nidal, access to a government office. He sheltered Abu Abbas, responsible for the hijacking of the Achille Lauro, and Abdul Yasin, a co-conspirator in the 1993 World Trade Center bombing.

As if all of those crimes weren’t enough, Hussein repeatedly defied U.N. Security Council resolutions, invaded his neighbors, committed genocide against his own people, and persisted in attempting to shoot down and kill American pilots enforcing humanitarian no-fly zones. Of course, he also maintained a massive stockpile of chemical weapons.

I am absolutely flabbergasted at this recent turn in Trump’s rhetoric. 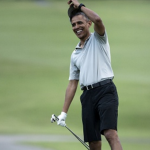 February 24, 2016 Fellow soldier speaks out on behalf of the Green Beret who heroically saved boy from rapist
Recent Comments
0 | Leave a Comment
"Hi there, sluggerz.For the purpose of what I talk about re: racism, it's to do ..."
penpusher Snoop Dogg threatens to “roast the ..."
"Can you give your thoughts on slavery worldwide? After all, slavery didn't start in the ..."
sluggerz Snoop Dogg threatens to “roast the ..."
"Hi there Bob Wehadababyitsaboy.The problem we must negotiate, when attempting to have some semblance of ..."
penpusher Haircare ad featuring white girls angers ..."
"Are you some kind of idiot? You think that EVERYBODY doesn't deal with shit like ..."
Bob Wehadababyitsaboy Haircare ad featuring white girls angers ..."
Browse Our Archives
get the latest from
Politics Red
Sign up for our newsletter
POPULAR AT PATHEOS Politics Red
1