Well, this is rich.

Haystack TV unearthed an old video of me saying that I was excited about President Obama being elected the first black President.

They presented it like it was some artifact discovered in Al Capone’s vault, but here’s the thing.  I didn’t hide my excitement about Obama.  Not only did I vote for him, I had an Obama bumper sticker.  In my book, There Goes My Social Life: From Clueless to Conservative, I talk at length about why I voted for Obama… To put it bluntly, I was “blacked into it.”

The culture tells us that all black people should vote the same way. But what if the Democrat party assumes our allegiance and never really does anything for us?

That’s the situation we’re in now. I thought the election of the first black President would usher in a time of racial healing.  Wow — was I wrong about that!

I grew up in the South Bronx — and the lessons of life I have learned have been conservative.  Reality tends to lean that way.  So, nice try, Haystack TV — but you’ll have to dig deeper next time.  Here’s an idea for a video.  Maybe you could report on all the reasons why black people have been betrayed by the Democrats…  and why black voters should return to the party of Abraham Lincoln. 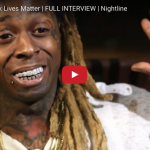 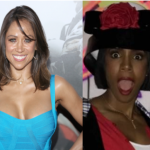 November 4, 2016 Beyonce's mom just threw some shade at me? Here's my unedited response.
Recent Comments
0 | Leave a Comment
Browse Our Archives
get the latest from
Politics Red
Sign up for our newsletter
POPULAR AT PATHEOS Politics Red
1