8 celebs who SUPPORT Trump, even if they aren’t Republicans

The election of Donald Trump has sent Hollywood spiraling out of control. Celebrities have threatened to leave the country, some shout, “Not my president,” and others protested during his inauguration. But there are some, albeit very few, who have much cooler heads about this post-Obama election and have offered a much-needed alternative to the doom and gloom hysteria.

Below are 8 celebs who say we should support our president no matter what side of the aisle we’re on because this is America and that’s what we do.

His voice is so smooth, he’s been hired to play “God” in movies. But now Morgan Freeman has become the voice of reason in Hollywood despite having supported the loser in this election:

“As for politics today, I supported Hillary in the election, and now it feels like we are jumping off a cliff. We just have to find out how we land.

“I’m not scared, though. I’m holding out hope that Donald Trump has to be a good president. He can’t not be. What I see is a guy who will not lose.” 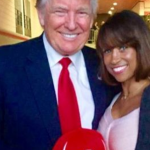 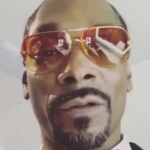 January 18, 2017 Snoop Dogg threatens to "roast the f---" out of any ‘Uncle Tom’ black people to perform at Trump inauguration
Recent Comments
0 | Leave a Comment
Browse Our Archives
Related posts from Stacey Dash